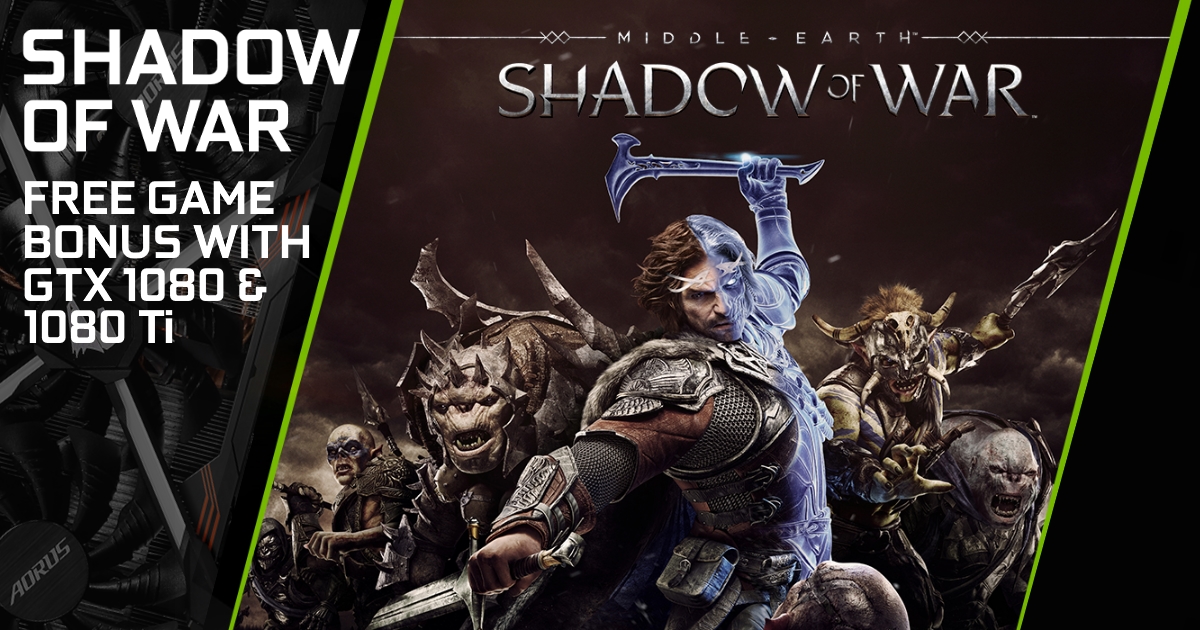 An epic open-world awaits us! Brought to life by the award-winning Nemesis System, we must go behind enemy lines to forge our army, conquer fortresses and dominate Mordor from within as we prepare to confront the full power of the Dark Lord Sauron and his Ringwraiths in this epic new story of Middle-earth. Forge a new Ring of Power, conquer fortresses in massive battles and dominate Mordor with your personal orc army in Middle-earth: Shadow of War!

The fate of Mordor rests upon the choices you’ll make. So weigh them with your life, because Nothing Will be Forgotten.

This awesome bonus is valid on purchases made between the 26th of September 2017 and 12th of December 2017 so get in quick! This is a register to redeem promotion so once you’ve geared up with your new hardware simple visit the website below and follow the steps along.