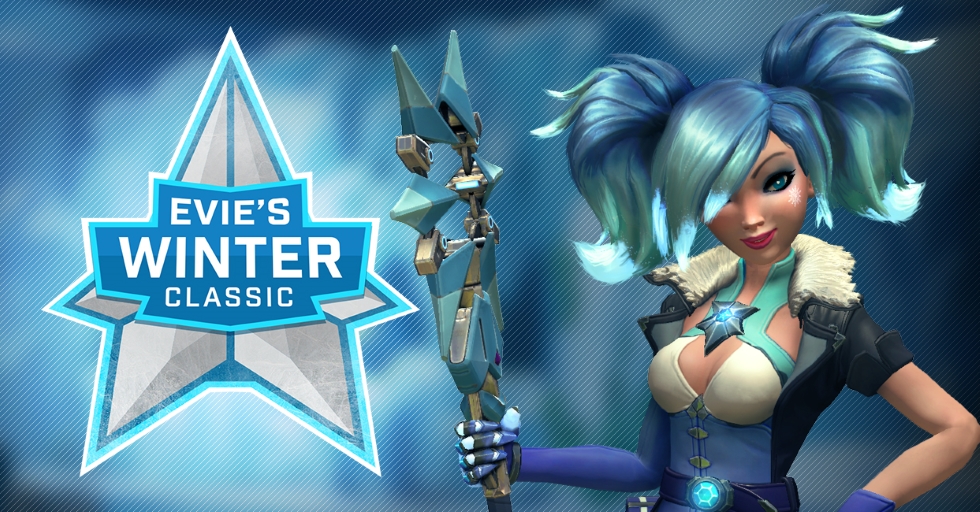 Paladins has now surpassed 4 million players worldwide and when the team-based shooter became available as an open beta it became one of the most popular games on Steam. In celebration of this achievement, Hi-Rez has decided to expand the Paladins Evie’s Winter Classic event, a competitive tournament that is now open to players around the world.

Initially the Paladins Evie’s Winter Classic was only announced for North America and Europe, but due to the success of the game this tournament now includes players from Oceania, Latin America, Brazil, and Russia. This tournament will be held in an open bracket format meaning that anyone could sign up to compete and the prizepool for each region will be $10,000.

Evie’s Winter Classic provides the perfect chance for Paladins rising stars to show their skills and make a name for themselves! Tune in to the PVP event using the video linked below (you’ll have to view it on YouTube, live twitch links appear as annotations) and check out the action for yourself, if you’re wanting to have a go for yourself the game download link can be found in our GGPC Free to Play PC Games blog 🙂