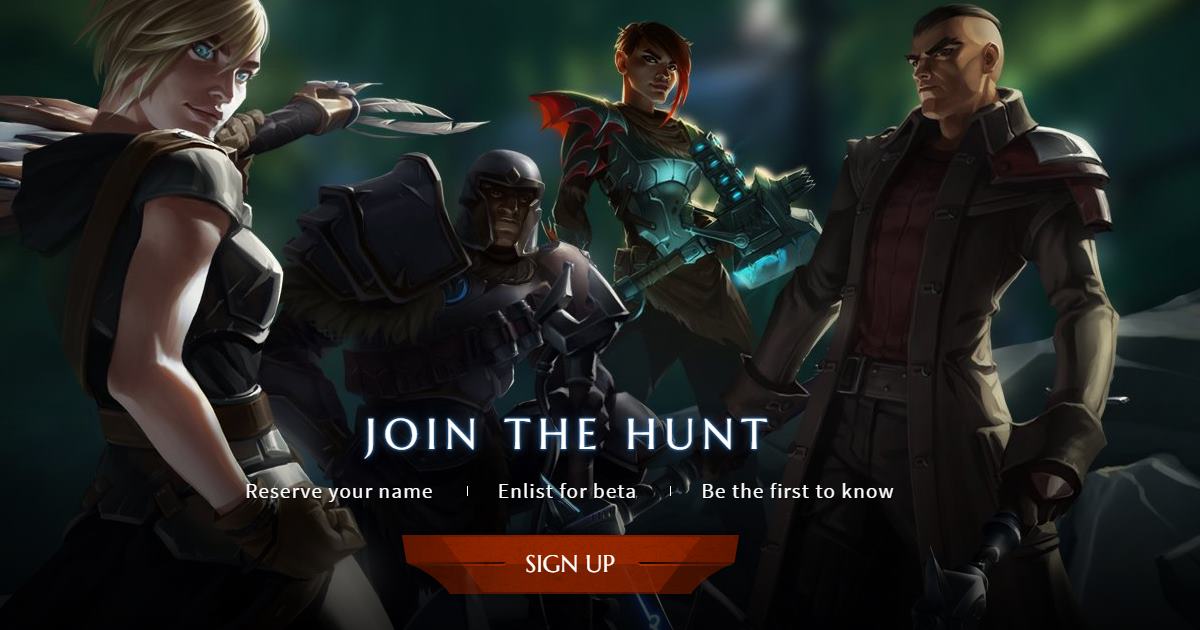 It’s almost time to gear up, grab your friends and enter the world of Dauntless! With the BETA tests about to begin you can sign up now to be involved and secure your player name at the same time 🙂

For fans of the Monster Hunter or Dark Souls series this one is looking very good indeed and currently follows a similar style of gameplay requiring player to pay close attention to visual ques from the massive beasts and time a combination of light, heavy and special attacks to bring them down. As you inflict damage your characters aether will build up, this looks to behave like a rage meter allowing us to inflict even more damage as a reward for aggressive tactics but we won’t know for sure what else this can be used for until we get in and see for ourselves.

The different weapons available provide the player with unique moves and in the build up to the large trophy creatures we’ll be tackling smaller ones and gathering resources in preparation, of course the best weapons will be made from parts of the hardest creatures and that’s going to keep us going back for more – much like Monster Hunter the game has embraced dismemberment and not only will defeating the enemy reap rewards but selectively dissecting parts as you battle will limit the creatures means to defend itself and quite possibly yield the specific rewards needed to craft certain weapons. These weapons also setup the player into certain roles within the group and there are some very cool looking ones like the Hammer-Cannon with which you can effectively catapult yourself into combat on!

Below is 10 minutes of pre-alpha gameplay as a team work together to hunt down the massive icey beast – Pangar \o/ This is just one of the massive creatures we’ll be taking down in the months ahead, we can’t wait to try this one out for ourselves with our own Gaming PC here at GGPC NZ.