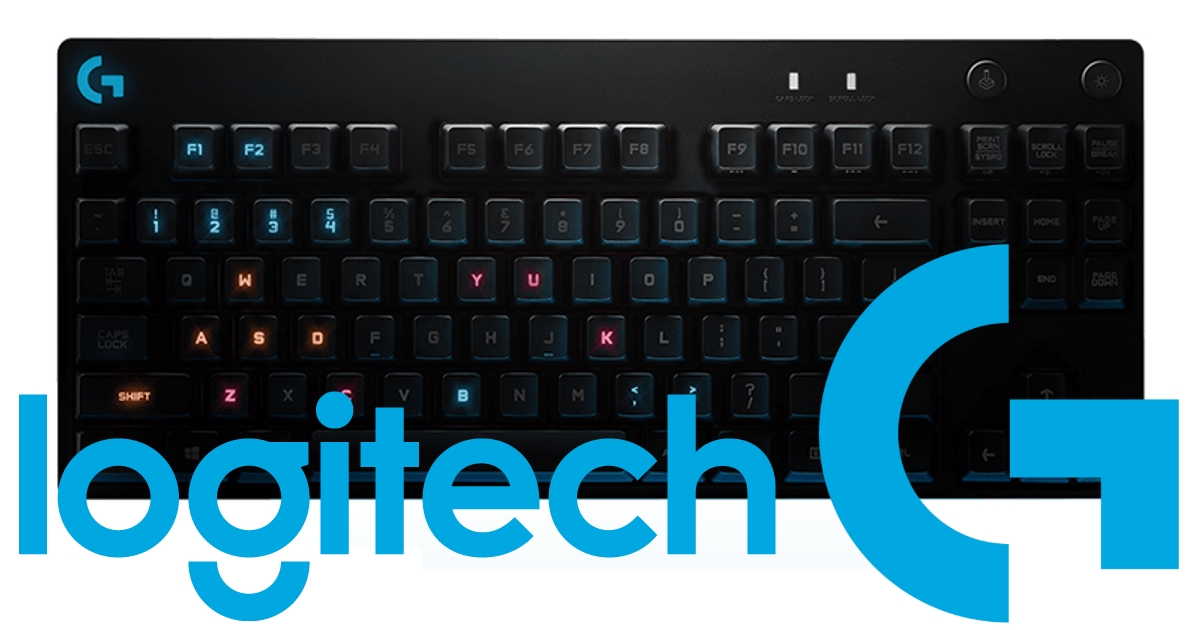 The Logitech G Pro TKL RGB is the first to carry the name Pro, a keyboard is designed and built to the exacting standards of some of the world’s top eSports athletes – we’ve used it’s spiritual precursor, the G310 in many gaming tournaments and found it to be excellent!

Featuring Logitech’s own exclusive Romer-G mechanical switches – purpose-built for pro-grade performance, responsiveness and durability these have a very short actuation point at just 1.5mm making them around 25% faster than a standard mechanical switch. A perfect blend of speed, precision and quiet performance, the Romer-G is the stealth assassin of mechanical gaming keyboard switches 🙂

The compact tenkeyless design which frees up tournament table space for low-sens mouse movement, and a detachable cable for easy transportation to the next tournament. Durability is built into every component and reinforced by a super-strong steel backplate that adds stability and rigidity to gameplay.

To improve performance even further, Logitech focused on KSP (Keystroke Signal Processing) which is the sequence of events that translates a switch actuation into a USB signal. To make the Logitech G Pro Gaming Keyboard ultra responsive, they’ve optimised the KSP to be up to 10ms faster response than the competition. Speed isn’t just in the key switch, it’s the entire system starting with the switch actuation, KSP, and then report rate.

Using Logitech Gaming Software you can customise every key manually but there is also a massive range of lighting profiles available for over 300 different games. We highly recommend you enable ‘Automatic Game Detection’ in the Logitech Gaming Software to have them automatically display on the Pro Keyboard when the game launches – when Mass Effect Andromeda launched we were surprised with a very cool custom A logo on our keyboards during loading which was pretty crazy cool and once you get in-game it just gets cooler by lighting up all the keys you’ll need in your gaming session 🙂