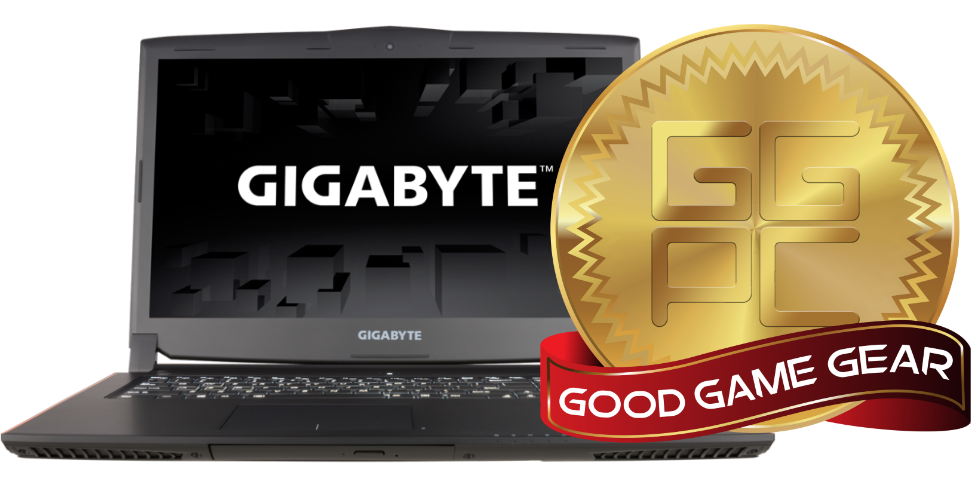 Recently we have had the pleasure of testing out some amazing new Desktop Graphics Cards on our GGPC YouTube Channel and today we excitedly get to play some games on the next generation of Gaming Laptops to see just how good things are going to be for a gamer on the go 🙂 Spoilers, things are looking really really GOOD.

Armed with the new 17.3″ Gigabyte P57X Gaming Laptop which is packing an excellent i7-6700HQ + GTX 1070 combo (no M!) it’s got the power needed for high end gaming and also exceeds the requirements for a VR ready system!

We’ve started our gameplay tests off with a quick match in DOOM, then moved into a little space piracy in the just released SciFi exploration game No Man’s Sky, we then went for a very quick run around the Ark in Survival Evolved heading onwards to Novagrad to fight some guards in Witcher 3 🙂

Ah DOOM, such a great game and it plays beautifully on the new GTX 1070 Gaming Laptop as you can see for yourself below, when turning all the settings upto max we also turned film grain up by accident 😛 In the YouTube description for this video we have included a second test with film grain set to zero if you’re wanting to check it out, FPS is still 100+ either way but the newer video does look super crispy 🙂

In No Man’s Sky our P57X GTX 1070 Gaming Laptop was able to run everything at max settings while keeping above 110 FPS in space battles and didn’t drop below 60FPS once we hit the planets surface below, though it did come pretty close 😛

Ark: Survival Evolved took a little tweaking but seeing as the game is still in development it can be a rather hard one to run well, regardless we were still able to get pretty darn close to the 60 FPS we were chasing and once we had things configured it didn’t take us long to find a pretty happy looking Dinosaur, we expect our FPS will take a hit as we build structures and tame the beasts and when it does we’ll get right back to tweaking those settings 🙂

The Witcher 3 looks great with all the settings turned up as well battle the town guards in Novigrad some very high end hardware to enjoy, to get such high performance from a gaming laptop in this often challenging game is a really great to see.

To round off the first tests we’ve done a very quick run-through with the new 3DMark Time Spy Benchmark, we ran this benchmark three times in succession to ensure the laptop was nice and warm and on that note the front of the laptop doesn’t actually get hot like others have in past tests, good design from Gigabyte with smart placement of the components towards the back allowing ventilation via the keyboard, nicely done indeed.

The P57Xv6 Gaming Laptop also passes the VR Ready test even when running on battery, you can check out the SteamVR Performance Tests here though strangely it’s not actually detecting the Nvidia graphics card is these, the scores certainly looks like it’s using it however this could be interesting if the game you are wanting to play has some sort of autodetect hardware in place – more tests needed!

Performance aside there are a few more things we like about this laptop, firstly the build quality is outstanding with very little flex, the hinges on the screen are robust (and orange) and if you tip the laptop upside-down you’ll see the impressive dual exhaust cooling system which, when at 100% speed (a setting we highly doubt you’ll use, auto is fine) has a noise output that is about twice that of an intel stock cooler running at full load.  It’s packing most of the features we look for in a modern system like AC Wireless, Bluetooth 4.1, USB Type C, and HDMI 2.0 for 4K 60FPS, sadly no DisplayPort this time around. The laptop has a nice white LED keyboard backlight that can be switched between half strength, full, off and of course auto mode which adjusts to suit the lighting around you.

Battery lasted us 1 hour & 23 mins at full brightness while gaming which was nice, you lose a little of the graphics power when running in this way but the laptop is just so powerful you’ll still be running on very high settings in games like Overwatch, be aware that if you adjust the fans to quiet mode when running on battery a frame limiter will affect your FPS in game so it’s best to leave cooling on AUTO or GAMING modes. Temperature wise on AUTO fan settings you can reach into the 80’s which is just fine – we pushed the thermal limits by doing tests with DOOM and restricted airflow during which we started to notice the graphics throttling itself when it reached around 95 degrees and this caused the temps to drop rapidly even with the restricted airflow, during these high temps we still had no system crashes or instability 🙂

Gigabyte Smart Manager software comes pre-installed and with it we were easily able to tweak everything we wanted too, the usual things we look for like fans speed settings could be adjusted here but it also included a nice range of display settings to take some strain off our eyes via a smart colour option.  Using this software you can also overclock the graphics card in the laptop to squeeze out a little bit more performance, though it’s unlikely you’ll be doing that for a while as the laptop is a gaming beast at stock settings 🙂

We’ve had a really good go with this new Gaming Laptop we can happily give it our GGPC Recommends Award – The Gigabyte P57Xv6 is GOOD!

The latest range of Gigabyte GTX 1070 & GTX 1060 Gaming Laptops are available in New Zealand now and we’ll update our GGPC Computers Blog with more tests as we make our way through the impressive new range – fun times ahead!

Happy #Friday everyone \o/ First build of the day

Kicking off #Thursday builds with a little #NZXT #

As always, it's only after I take some pics that I

Working on a new #GGPCLoop upgrading to PCIe 4.0 \