UPDATE: A full range of Z270 series motherboards is available in NZ now! 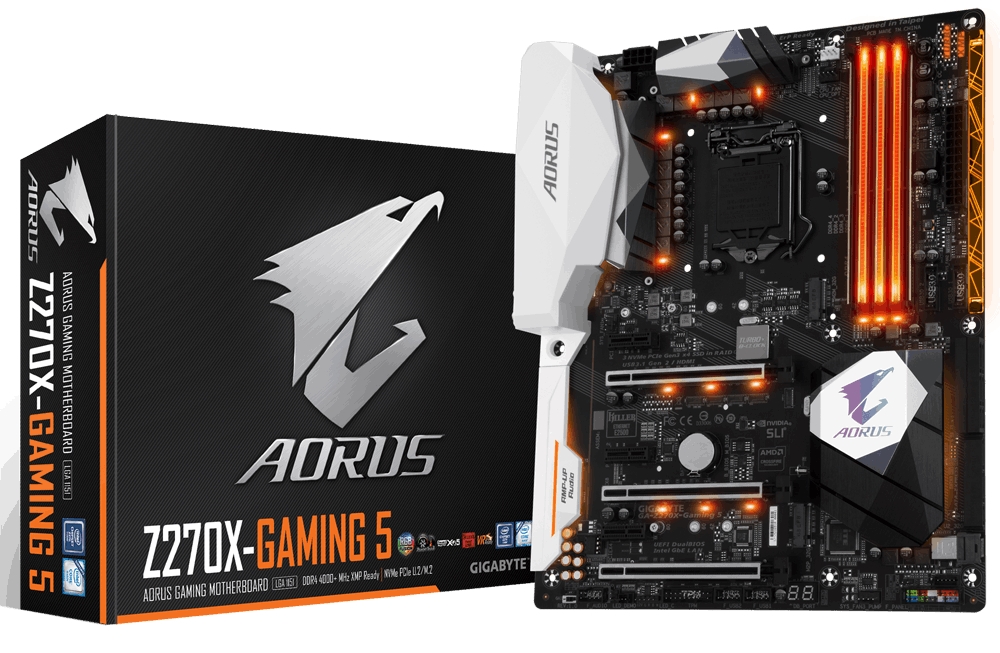 Starting things off with a favourite from the bunch we take a closer look at the new lineup from Gigabyte, specifically the Aorus Z270X Gaming 5 \o/

With this new lineup Aorus motherboards we get a major cooling controller upgrade. The Aorus Gaming 5 (and all other Aorus mobo as well :P) includes what Gigabyte is calling “hybrid fan headers” which allow us to adjust the voltage to each connected device so we can tweak our builds cooling, pumps and most importantly – make things oh so quiet. It’s not just one or two of the headers that are special like this either, all (5) on our Gaming 5 mobo work in this way 🙂 The mobo also packs a bunch of thermal sensors so if you want your machine to rev up additional cooling automatically it’s ready to roll and to top things off if you’re wanting to add additional RGB lighting strips you’ll find a handy RGB 12v header just under the bottom PCIe slot and connecting to this will allow you to sync the lighting throughout the build via Fusion \o/

One of the main reasons we like the Aorus lineup so much is because of the pure black and white colour scheme Gigabyte have gone with, and this makes using the new multi-zone RGB LED lighting system that Aorus comes equipped with all the more awesome – you can light up around the ram slots, graphics card slots and there has also been a really cool update to the trace lighting path on the side of the motherboard thanks the addition of a patterned transparent plate that really captures the LED and the glow is incredible, these plates are easily interchangeable as well so messing around with patterns for custom builds is going to be blast! They’ve got some slick new software to make the most of this which also has the fancy name “RGB Fusion” and it will allow you to quickly customise the various zones to get the perfect look. 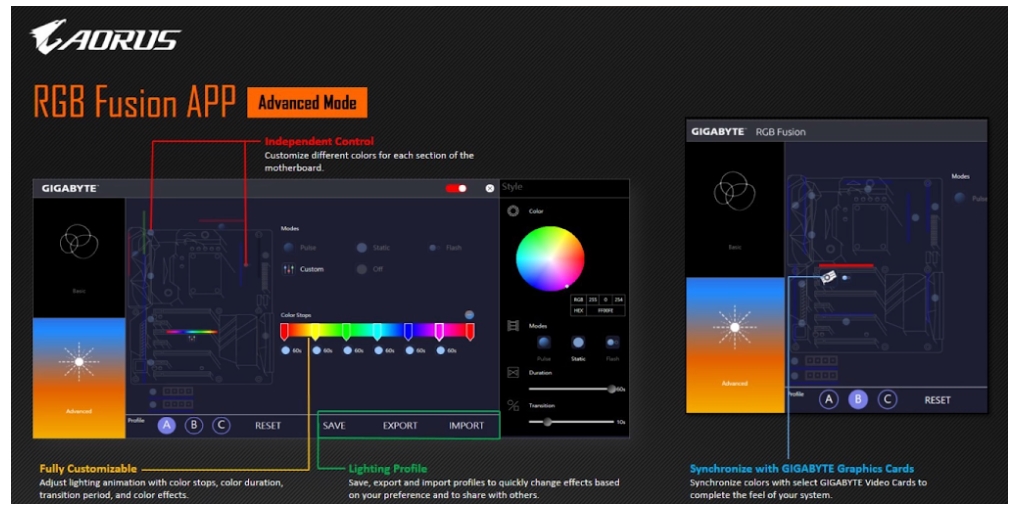 Combine all this with some really nice features like re-enforced PCIe slots, X-Fi audio (great if you want to hear those footsteps), gold plated connections and dual M.2 slots for some very rapid storage and you’ve got one killer motherboard that looks good and can hold together a top tier system – fun times ahead!

But that’s not all! 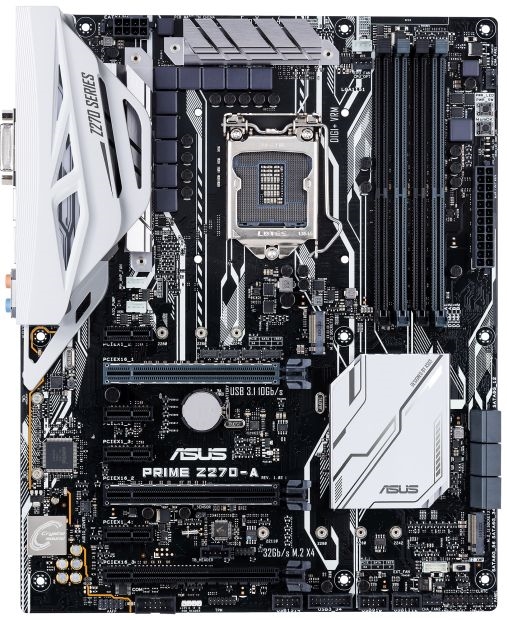 Much like the Gigabyte motherboard above this new version has had the previous blue accent removed and is now sports a clean black and white colour scheme we like. It sports those nifty fan headers as well and although it’s shy on the lighting zones (a small bit of RGB path lighting) Asus have continued to make the new lineup a little more mod friendly by offering a range of unique customisation options for those with access to a 3D Printer \o/ Dedicated mounting points on the motherboard make fitting 3D printed parts possible by using the same screws as M.2 drives (hard to find but four 2mm x 3mm screws included with the kingston ssd bracket if you get stuck) so we’ll be able fit nameplates, ninja cable covers and more as we experiment with things – With Asus backing 3D Printer modding in this way along with Cooler Master and ThermalTake we’re sure to see more and more cool models emerge for these and not just for those lucky few with a fancy new motherboard – 3D models for 120mm fan covers, 2-way SLi bridges and even cable combs!

Beautiful in black too :) New build using the late

Double firsts for this one :) New build in #Corsai

First build in the #Aerocool One chassis \o/ Great

Mid way through a new #GamingPC build using the #N