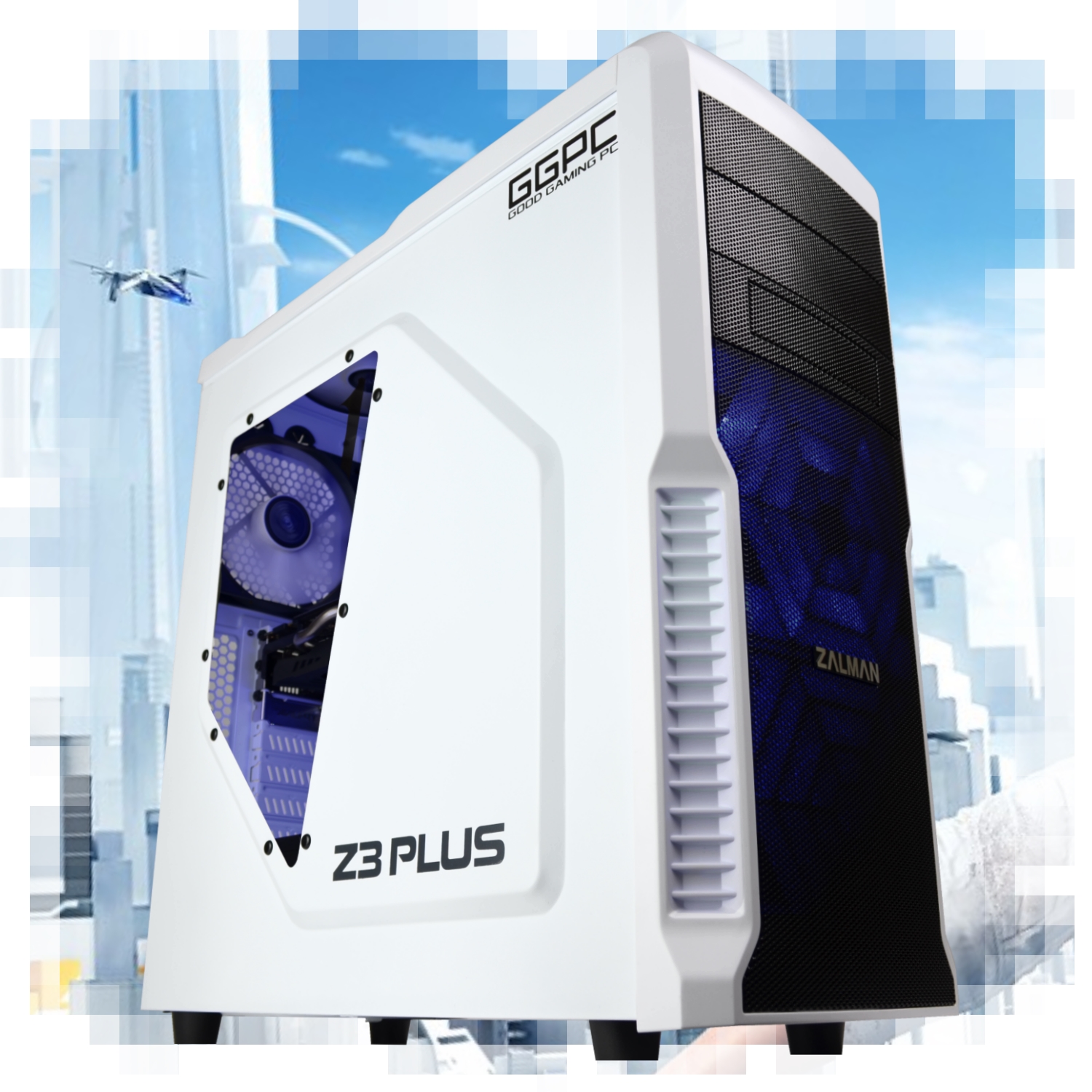 Of all the Gaming PC builds here at GGPC New Zealand, the Hero is the most popular and it’s no surprise really with such good looks and remarkable performance at around $1299.

Like all our builds we constantly test Hero with slightly different components to see if we can squeeze out a little more performance for each $ spent, and on that note – let’s take a look at the latest tweaks 🙂

Our GTX 950 DCUII Edition is being replaced with a slightly larger, quieter and more powerful Asus STRIX version, to match this we’ve also changed the motherboard from the Gigabyte H110M-S2H to the almost identical Asus H110M-A which has a slightly different shape and darker colouring.

This new configuration also fits the requirements for a “Powered by Asus” system which is nice for future special promotions coming directly from Asus NZ.

What do these changes mean for you?  Well, previously our stock settings Final Fantasy Benchmark test came in with an average score of 6239 – with our new graphics card being a larger, cooler and quieter we couldn’t resist seeing what kind of score the new build would be able to hit with a quick graphics card overclock – our target being a 10% performance increase for a score of 7000 😛

For our OC software we’ll be using the free Asus GPU Tweak II package that is included with the graphics card, if you’ve never tried overclocking before it’s an ideal starting point for monitoring temps and tweaking your settings.  Using this software we were able to boost the systems score from 6443 (the new stock average is higher) to a very nice 7212!  This had another cool effect we didn’t expect and the systems rating changed from “Very High” to “Extremely High” 🙂 That’s almost a GTX 960! 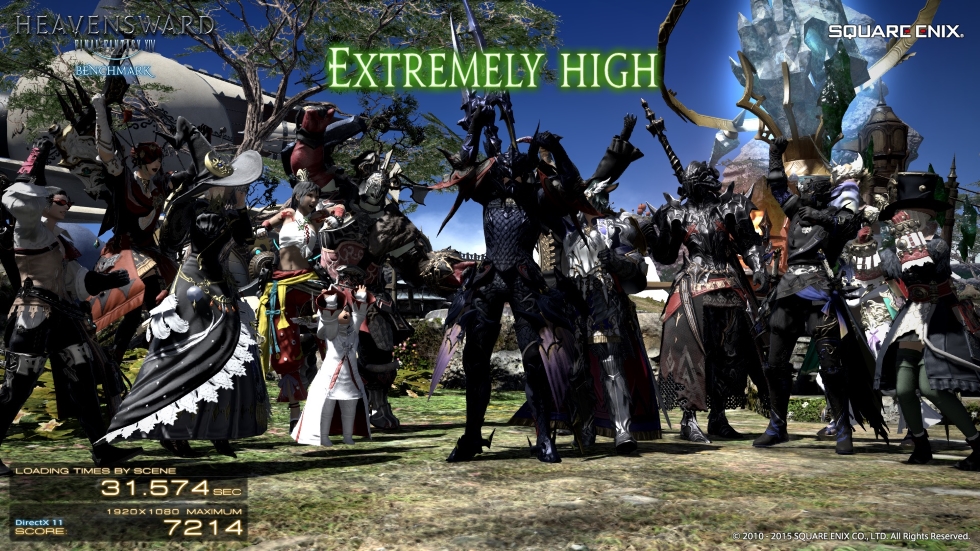 You can download the Final Fantasy Benchmark software via the blog from Nvidia Benchmarks, it’s free so you can install and test your own systems at home and compare with various configurations we have in our Gaming PC Benchmark Playlist.  Below is the settings we used if you want to try this out your own GTX 950 at home, it doesn’t matter which flavour of GTX 950 you are using either – the Asus GPU tweak II software will still work 🙂 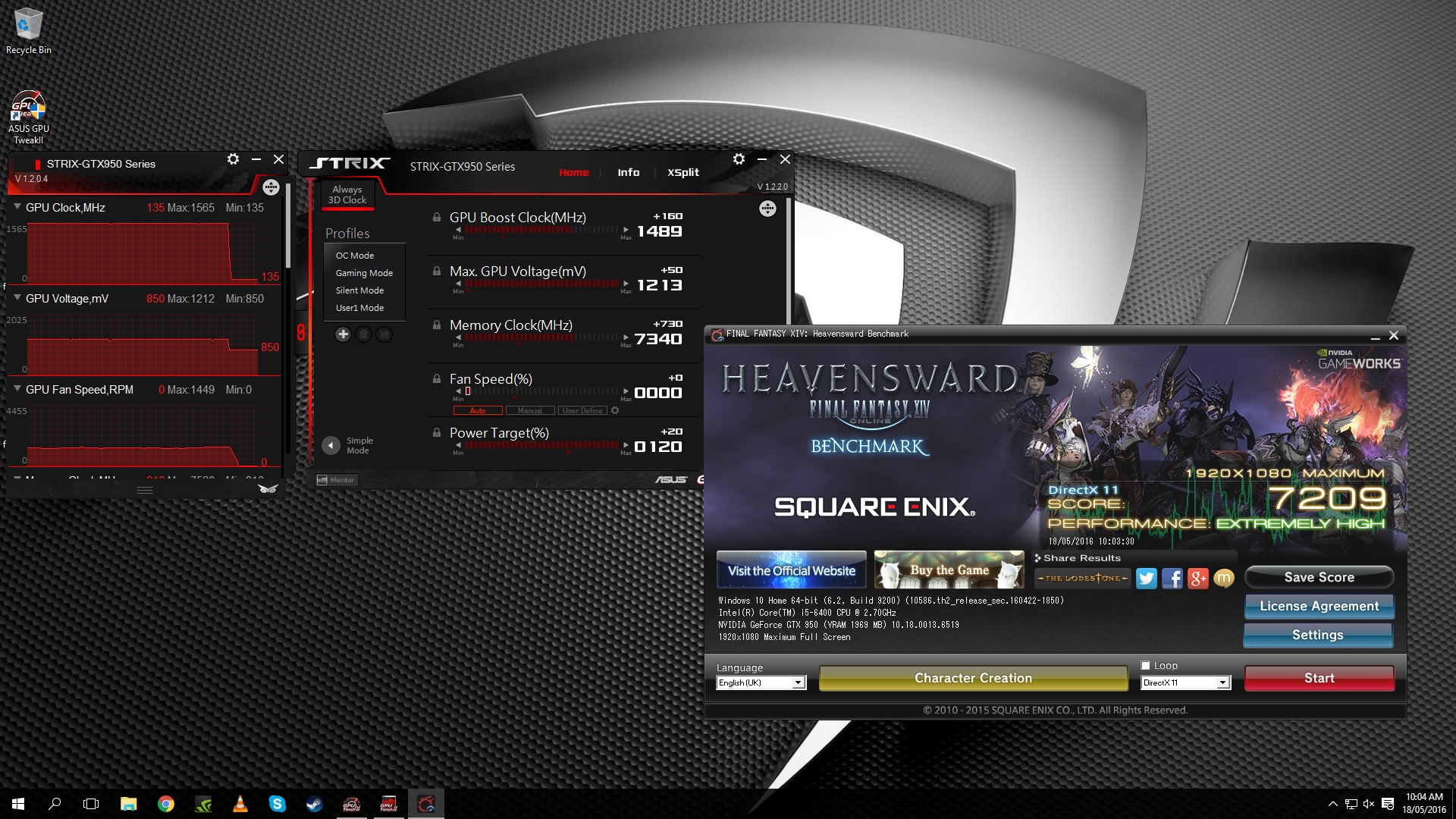 Fun times ahead with the GTX 1070 and 1080 just around the corner 🙂 We’ve just had a bunch of new chassis arrive in the workshop from our recent component hunt in Taipei so keep your eyes on our Computers Blog for more custom PC builds, benchmarks, gameplay FPS tests and more!