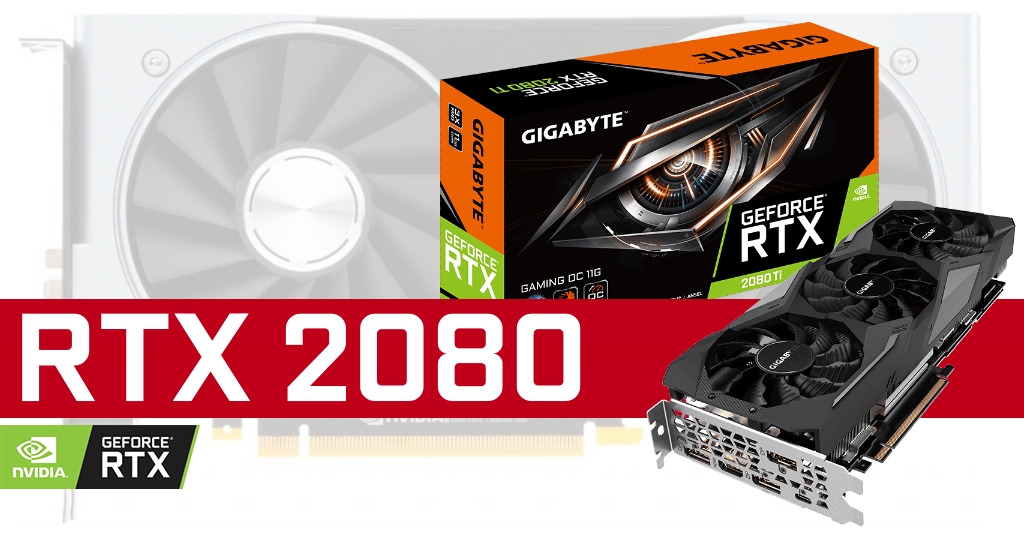 Nvidia RTX Graphics Cards are available now in New Zealand, with models from EVGA, Asus and Gigabyte all looking very good. This latest generation of GPU has a slightly different naming style with the unexpected R – this highlights the real-time ray tracing aspect of this new release. Another new term to come along with the graphics cards in NVLink, the new SLi bridge for enthusiasts looking to build the most powerful gaming rigs in world.

Ray tracing relates to some of the graphic elements that make our games look good, or maybe realistic is a better word for this, it helps with dynamic lighting and reflections and with the boost real-time ray tracing enables, we’re even closer to having games look like our favourite CG cutscenes 🙂 It’s not a game breaker and if your sticking with GTX you’ll still be able to play, just on lower settings. Youtube demos can be seen via these links for Battlefield 5, Metro Exodus and Shadow of the Tomb Raider if you want to see real-time ray tracing in action.

Looking closer at the models available at launch, the new EVGA RTX 2080 XC with the Precision X1 software suite which, when paired with the NVIDIA Turing graphics card, promises to unleash its full potential with a built-in overclock scanner, adjustable frequency curve and RGB LED control.

The software is set for release along with the new RTX series, and it looks like this new generation of EVGA’s GPU stress testing utility, brings with it some excellent modes for pushing our new graphics cards to the limits.

If EVGA has the coolest software award then the coolest RTX award must go to Gigabyte’s new RTX 2080 OC with Windforce Cooling.

The triple cooling system features 3x 82mm fans, with an alternate spinning fan in the middle, 6 composite copper heat pipes and heat-pipe direct touch all working together to deliver an effective heat dissipation capacity for great performance at lower temperatures.

The airflow is spilt by the triangular fan edge, and guided smoothly through the 3D stripe curve on the fan surface, effectively enhancing the airflow.

The card looks amazing too, gone in the signature orange from the previous 10 series, replaced by a perfect semi-metallic grey.

Moving onto the new Asus Dual RTX 2080 we can highlight one thing all these new cards have in common, they’re large, and Asus is totally OK with this, making some of fattest.

Via Asus: This generation, our top-end cards adopt a 2.7-slot footprint to accommodate a larger heatsink because bigger is better. We’ve increased the overall surface area of our cooling array by over 50% compared to last gen. If you want to squeeze the most out of the Dual GeForce RTX 2080’s performance, our latest design gives you a lot more thermal headroom for overclocking. If you’re just looking for an amazing plug-and-play experience, the extra heat dissipation keeps your fans running at lower speeds while you game.

The coolers on all models sit high, so when you fit them in your systems (upside down), these new RTX series fill almost three-slots. Keep this in mind if you’re thinking of adding a component to the motherboard slots below. There is also no more DVI output, though the EVGA card looks to include an HDMI – DVI adaptor in the box. For the next generation VR headsets you’ll now see a special USB Type C connection on the back.

I get the feeling this is going to look utterly aw

Finishing up a super wet'n'stormy #Wednesday with

For Conner, RAM freq dependant on CPU too :)

Quick pics and #CustomPC builds in the #Phanteks #

A little #HyperX in yellow :) I like that the new

@pet.lobster thanks, much better airflow and a bon

This is going to be glorious :)

Sapphire nailed it with their #RX5700XT GPU :) soo

Quick play with modes before some proper photos of

First build in the #Phanteks #Qube with no glass o

Somewhat distracted by a beautiful impeller :) #be