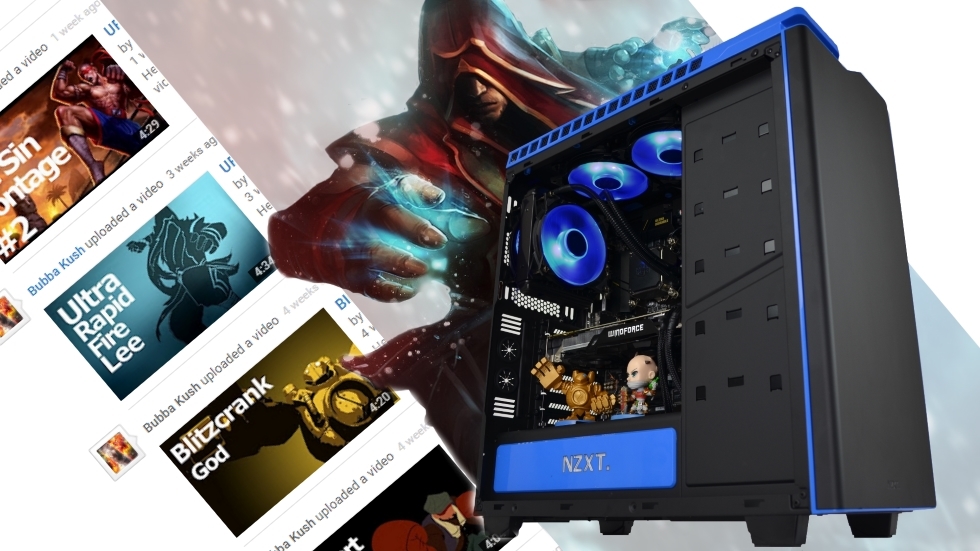 Bubba Kush is at it again with another killer montage to check out with some insane Lee Sin plays from League of Legends!

For those just tuning in Bubba’s main champion is Lee Sin – The Blind Monk and all the gameplay and capture is done on a GGPC custom gaming pc which has pretty similar in specs to the new Paladin but with a blue NZXT H440 Chassis (as requested :P). Soon we’ll testing out our latest Dark Knight eSports NZ edition with Bubba to see just what this latest machine is capable of \o/

Until then, enjoy some sweet sweet gameplay below!

More League of Legends awesomeness with a new mini montage from NZ gamer Bubba Kush, this is just a quick snippet from some excellent new gameplay he’s working on right now and from the looks of this latest teaser – things are looking good!

Bubba’s main champion is Lee Sin – The Blind Monk and, as with many League of Legends characters there is quite a bit of lore behind this guy and some of it’s pretty brutal!

As a young teen, Lee Sin was intent on becoming a summoner. His will and dedication were unmatched by any of his peers, and his skill drew the attention of Reginald Ashram, the League’s High Councilor at the time. While studying at the Arcanum Majoris, Lee Sin became frustrated with instruction paced for the other students. He spent his free time researching the nuances of summoning in hopes of graduating sooner. He made amazing advances in his arcane studies, surpassing all other students. By all indications, he would have become one of the League’s greatest summoners were it not for one terrible mistake. Too impatient, he attempted to test his ability by summoning a beast from the Plague Jungles. What he summoned instead was a young boy, but not in one piece. He barely had time to look the boy in what was once his face before the jumbled human mass fell lifeless to the floor. A League investigation later revealed that the boy’s entire village was obliterated by feedback from the ritual.

Lee Sin’s talents were so promising that the League was willing to overlook the incident, but he could never forgive himself. He left the Institute and journeyed to the Shojin Monastery for eternal repentance, swearing never to practice magic again. Years later, hoping to atone for his crime with martyrdom, he set himself ablaze as a protest of the Noxian occupation of Ionia. He remained alive in this state, enduring searing agony for weeks. His actions paved the way for a League match wherein Ionia prevailed, but by the time he was doused, his eyes had been burned completely from their sockets. Hailed as a savior, he was reborn, and his will to act invigorated. He joined the League of Legends to continue his atonement with sweat and blood, a true monk’s only possessions.

”The actions of one may sunder the world, but the efforts of many may rebuild it.”
– Lee Sin 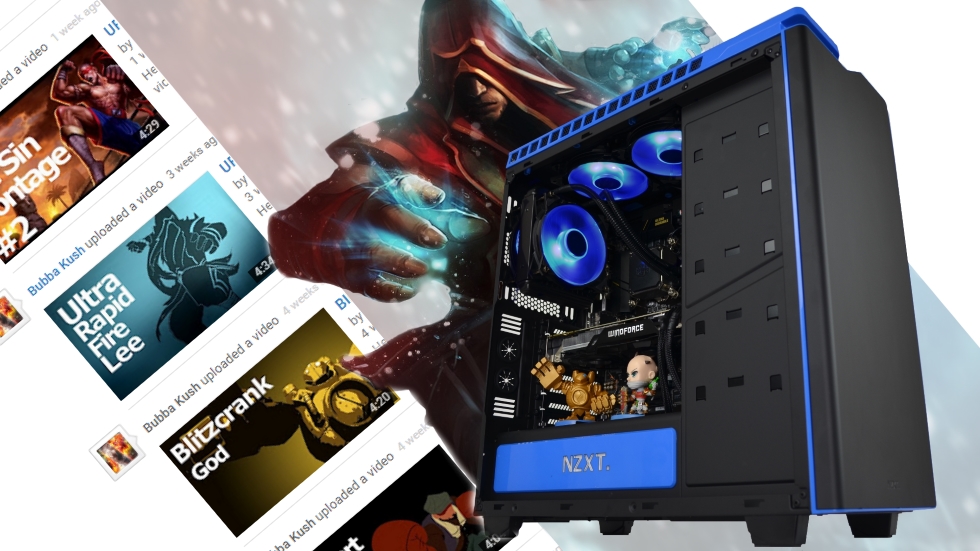 Hey guys just working on a new series “Be Advised” which is just my insights and tips on certain moves for Lee Sin and how to perform them easier or get to be more confident.  I’ll be live streaming this Friday 6PM (New Zealand Time) on the new Bubba Kush Twitch Channel.

Wardjumping: Ward jumping is something that you have to practice, find which buttons feel the best with you, for example I use 4 for wards. I would encourage you bros to NOT use macros, shouldn’t need macros for pressing 2 buttons.

Kick-Flash: The kickflash is one of my favourites, this took me sooo long to get the hang of, all you need to do is practice and get used to the feels of angling the kick and when to execute it. Of course you will fail a lot, I fail kick flash a lot, its not something you land every time because you will fail it some times but that’s all progress of learning the kick flash. I will go into depth in my actual guide.

Ezreal/kassadin Blink Predicts: Although this isn’t really something you can teach, there is a trick that you can use that’s really simple – when approaching ezreal/kassadin etc wardjumping or flashing before Q predict usually helps, the wardjump or flash will startle them and force them to use blink when you want to, gives you a higher chance of predicting them. Although this doesn’t work every time and you can’t predict everything 😛

Small tips but hopefully it helped 🙂