UPDATE: This promotion ends on the 16th September, redemption (while code stocks last) is still available for a short duration after the event. Please see links below for New Zealand.

Promotion details as below!

Nvidia are celebrating the launch of the new RTX SUPER Graphics Cards with a new game bonus offer, and this time there are two amazing games up for grabs!

You can see all Nvidia RTX Graphics Cards included on the SUPERFAST. SUPERNATURAL RTX Promotions Page at PB Tech. This register to redeem promotion works in the usual way, with each brand of Graphics Card having their own website set up so you can claim your gamecodes.

Control: After a secretive agency in New York is invaded by an otherworldly threat, you become the new Director struggling to regain Control in this supernatural 3rd person action-adventure.

Wolfenstein Youngblood: The first modern co-op Wolfenstein adventure. Team up with a friend or play solo as one of BJ Blazkowicz’s twin daughters and wield a powerful arsenal of new weapons, gadgets, and abilities to liberate Paris from the Nazis. 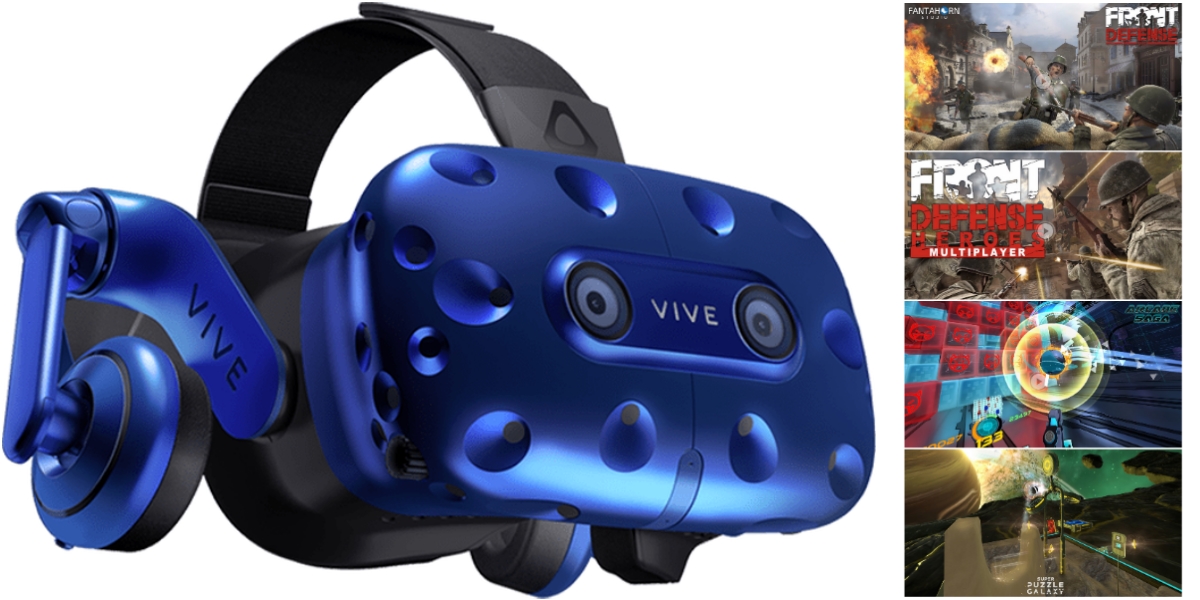 The new HTC Vive PRO VR Headset is available now in New Zealand, and better still, in addition to this new product release is an event known as VIVEDAY! The annual celebration from those top chaps at HTC Vive and with it comes a range of free games to download for your existing VR setup, or the new one 😛

This year they’re giving us four wonderful reasons to celebrate, we’ve setup direct links to the free downloads for each of the titles below so you can easily grab the ones you want – now that’s done let’s take a quick look at the games!

From the opening salvo, Front Defense uses the power of VR and the precision of Vive’s room-scale to deliver one of the most intense war shooter experiences ever created. Created by Vive Studios’ first-party developer Fantahorn Studio, Front Defense is a highly polished, arcade-style room-scale VR shooter set in the final days of World War II’s European theatre. Front Defense immerses players in the role of an Allied Forces hero fighting the last relentless onslaught by the Axis in a fictional European town. Hunker down behind well-armed positions as you duck, dive, switch and reload weapons, throw grenades, and man-mounted guns to fight back the enemy assault. Use heavy weaponry against increasingly brutal enemy soldiers, arm the Bazooka or call in airstrikes against armoured cars and heavy tanks, and man the thunderous 50-Cal to take down suicidal Stuka dive bombers.

• Experience an intense WWII shooter as never before in a superbly polished game designed explicitly for Vive’s room-scale VR and precision tracking
• Defend strategic positions in a beautifully detailed European town slowly being destroyed by a brutal enemy
• Seamlessly switch between a variety of weapons, from light and heavy firearms to mounted machine guns
• Use bazookas, grenades or call in airstrikes to take on an entire armoured division, from well-armed infantry to armoured cars, tanks and dive bombers
• Take on the mysterious Axis super weapon in an epic boss fight finale
• Increasingly challenging stages and global leaderboards deliver hours of gameplay and high replay value

Front Defense: Heroes, is the multiplayer version of the VR shooting game above and can support online battles with up to 5 VS 5 players. Armed with classic WWII weapons and intuitive controls you’re able to explore the battlefield freely, make strategic movement decisions and engage in a realistic combat. Charging, jumping, hunkering down and crawling forward are no longer just animations shown after buttons are pressed. In this game, players need to use their own extremities in combination with the intuitive Vive controllers, dodging incoming fire to survive the fierce battles!

Strap a VIVE to your face. Solve puzzles in outer space. (In that order) Come play with the sands of fun in our outer-space physics sandbox. Sculpt sand in 32 levels to direct the ball into the goal in this physics puzzle game. Jump over danger and phase through obstacles using special abilities in the 16 devious challenge levels. Devise ever-faster ways to solve levels and rule the leaderboards. (please note this is the LITE version, and is different to the STEAM version of the game)

Futuristic and action-packed, this compilation game uses 360⁰ gaming, motion controls and positional audio with a nod to Arcade games of the past. Leaderboards for all allow you to gauge your progress against friends and family. Arcade Saga allows you to take the role of a newly sentient being and battle for survival against A.I. Overlords determined to destroy you and your free-thinking. Through 3 different futuristic sports you’ll harness your reactions and strategic thinking to shoot and dodge viruses, break firewall bricks and spin data-balls past the Overlords and their minions. You will need to use your reflexes, wits and changing strategies to survive.

Well, that is a pretty good games bonus isn’t it, VIVEDAY promotions run from today until the 8th of April so get in quick and you can check out the latest in the NZ HTC Vive VR Store and be sure to keep your eyes on our GGPC PC Gaming Blog for the latest!