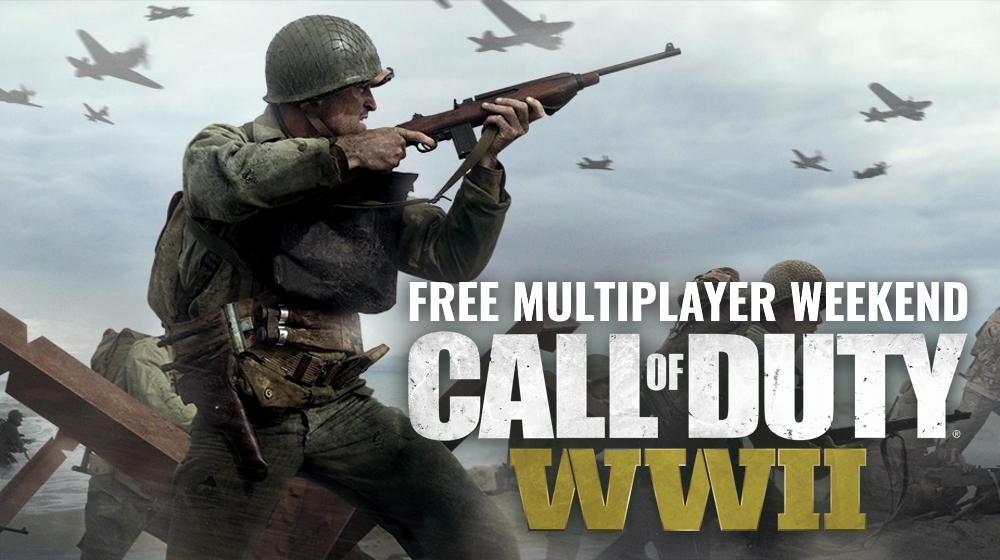 Starting now and running right the way through to the until early Monday morning here in NZ, Call of Duty: WWII Multiplayer is free to access on PC!

You can download via Steam to join in, there is a special button shown below you’ll have to click to begin the download for this one, just above the usual buy buttons for the game. Any progress made over the free weekend will transfer to the full game should you have so much fun you decide to purchase, and it’s also available at a discounted price throughout the event.

For those that haven’t played this one before, Call of Duty: WWII is classic COD experience, compared to something like Black Ops which had us running up walls and using some very advanced weapons. Multiplayer marks a return to original, boots-on-the ground style of Call of Duty gameplay with authentic weapons and traditional run-and-gun action immerse us in a vast array of World War II-themed locations. 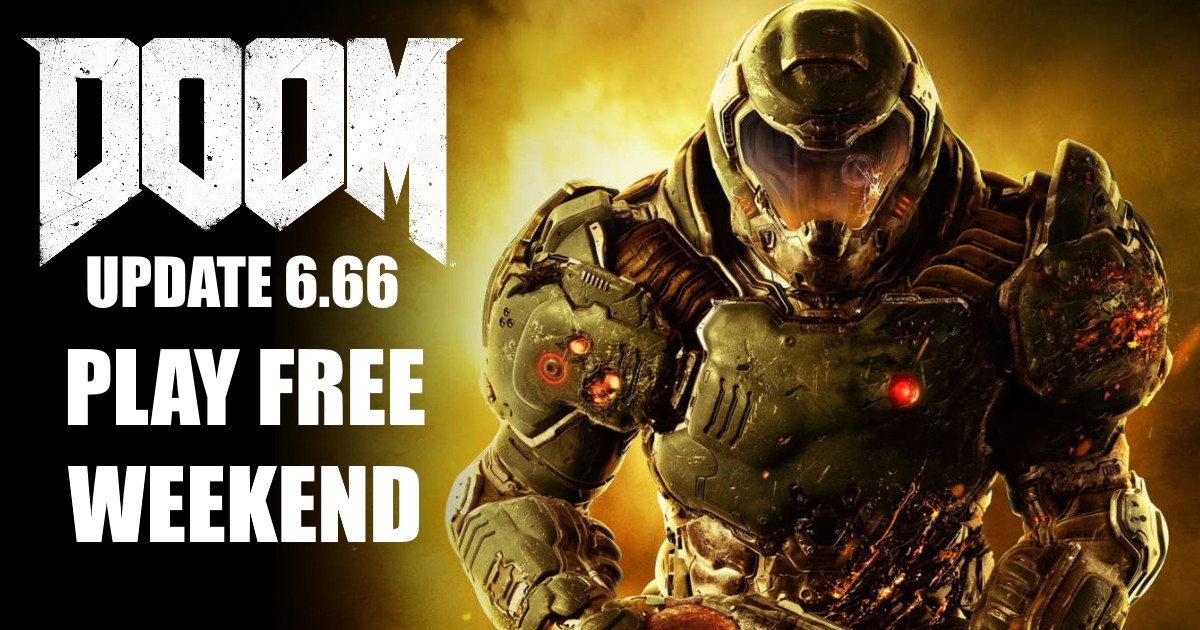 Wooohooo! Those fine folks at ID software are making a few key changes to DOOM Multiplayer and this weekend it’s going FREE TO PLAY on PC so we can all check out the changes for ourselves 🙂 Toted as update 6.66 this one completely changes the way DOOM’s multiplayer progression system and some mechanics around power ups. Now, instead of unlocking new content through random loot drops, we’ll race to complete in-game challenges.

You can download DOOM right now via STEAM, the button for this has replaced the usual ‘buy’ button with new ‘play’ button 🙂 This will give you access to the first two levels of the campaign + full access to the mulitplayer modes.

As a part of these massive changes to how it all works, ID will reset everyone’s level back to zero, but the good news is we won’t lose any of the gear and powers we’ve already unlocked and those who managed to get the top-tier Slayer level with the old system will get a special badge to reflect this. Little changes to the UI have been made too with a new HUD and kill cards that shows us detailed of kills, and the weapons used to get them.

Oh yes, and the Multiplayer DLC is going to be FREE!

If you haven’t tried DOOM for yourself yet, you’re in for a treat! It’s a brutally fun and challenging modern-day shooter experience packed full of relentless demons, impossibly destructive guns and has an absolutely killer soundtrack 🙂

Starting this Saturday at 5am through till Monday, June 19th 7pm, Gigantic will be open to ALL PLAYERS via the Arc platform. You might be already playing Go Gigantic via the Windows 10 Store but with Arc stepping into the mix it’s now going to work if you have Windows 7 or 8 as well (you can use Arc on Windows 10 also, totally up to you)

You can download and play Gigantic on Arc here \o/ This weekend event is part of the Arc server stress-testing and matchmaking process, so we might hit a few intermittent connection issues 😛

Want to know what the best part is? All 18 Heroes will be available to play for free all weekend long! You’ll have plenty of time to try out each Hero and experiment with different gameplay styles over the weekend. You will also get to keep your progression once Arc expands into Open Beta.

Just a few important notes around this special the preview weekend:

– If you plan to use the Account Copy feature to bring your Xbox One/Windows 10 progress to your Arc account, any progress made over the weekend will be overwritten.

See you on the airship! 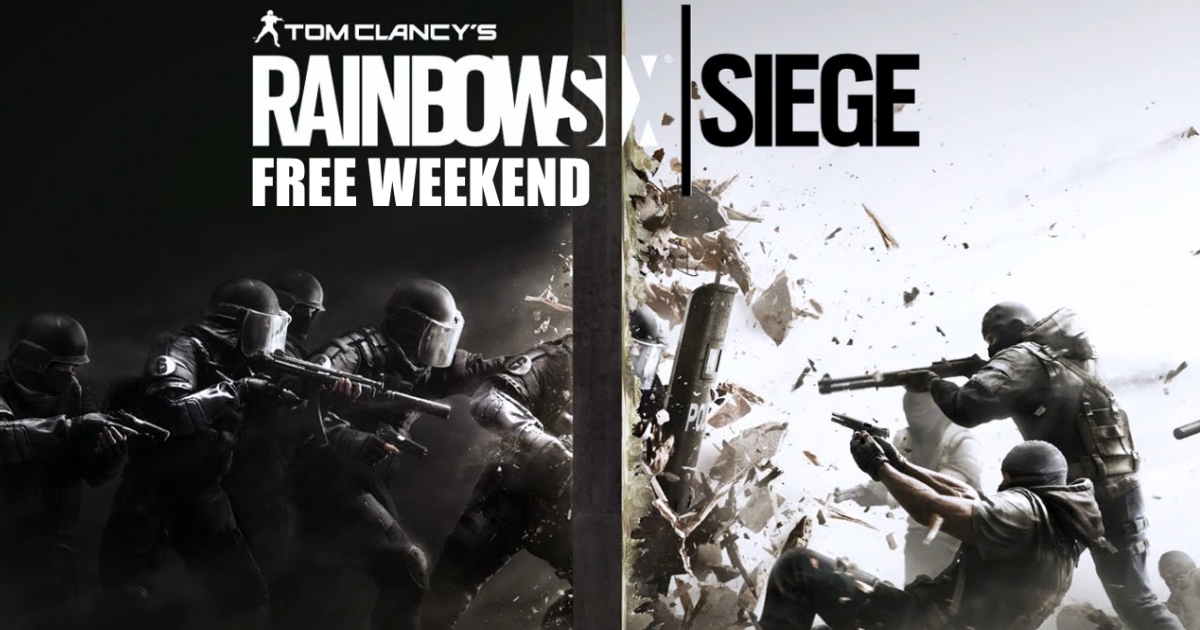 Rainbow 6 Siege is having a FREE WEEKEND so we can all jump in and join in on the fun! With this one you’ll need to jump in via you Uplay account (looks like no steam access this time around, maybe soon?).

The gameplay is intense with a combination of fierce firefights and expert strategies in the rich legacy of past Tom Clancy’s Rainbow Six games.

Destruction is at the core of gameplay in Siege, players now have the unprecedented ability to destroy environments and effectively shape the map. Walls can be shattered, opening new lines of fire, and ceiling and floors can be breached, creating new access points. Everything in the environment reacts realistically, dynamically, and uniquely based on the size and caliber of bullets you are using or the amount of explosives you have set. In Rainbow Six Siege, destruction is meaningful and mastering it is often the key to victory.

Each character has their own unique feel, with some focused on assault and others being more defense-oriented you can combine several different types within the same team to pull out some pretty sweet tactical maneuvers which lead to your opponents being spotted first, flanked then totally sassed 🙂  As “short range” specialists, their training is concentrated on indoor environments. Operating in tight formations, you must become experts of close quarter combat, demolition, and coordinated assaults.

We always have a blast in these free weekends, pulling off a perfect 2nd story window entry is a pretty sweet feeling! 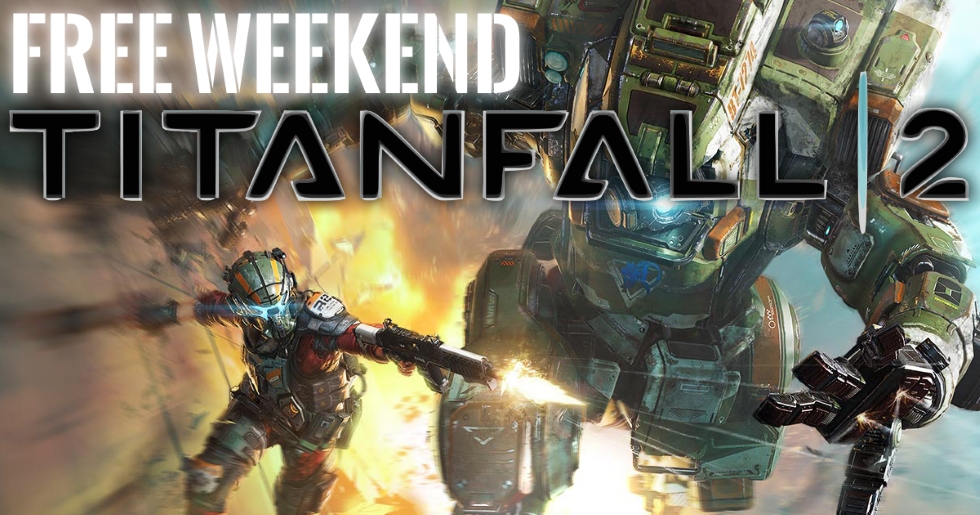 This begins first for those with Origin Access and then becomes available for all starting December 3rd (early Saturday morning for us in New Zealand).

This free event provides the full multiplayer offering including all maps, modes, weapons and more including the brand new Angel City’s Most Wanted DLC which is also set to drop on December 4th \o/ All your in-game progress will carry over to the full game if you choose to purchase after the free weekend so you can keep going with all the perks and loadouts you’ve earned 🙂

We’ve already played this one quite a bit here on a range of Gaming PC and if you’re thinking of upgrading to the full game you’ll be happy to know it’s also got a solid story campaign and with their recent “no season pass” statement this one’s going to be a favourite online shooter for a long time indeed!

UPDATE: Battlerite is available as early access on Steam right now but this weekend it opens up and we can all play free!

An action-packed Team Arena Brawler focused on competitive combat. Fight side by side with teammates to the sound of the roaring crowd in vibrant, colosseum surroundings.

The game itself is a little bit like League of Legends and Smite but without the lanes and creeps so the focus is purely on fast paced PvP matches with a range of champions that have different strengths and abilities. There are 15 champions available currently and these provide players jumping in with a decent split of melee, ranged and support to play with. Once in matches it’s all about timing and precision where predictability leads to punishment. Each battle is a race to win three rounds, the rounds are generally pretty fast paced, usually over in around 1 minute – to ensure an entertaining fight a force field will start to move inwards pushing the players in together for a final clash in the center of the arena.

Next we moved tests onto the new GTX 1060 Gaming Laptop to see how good things would be with this latest generation of mobile hardware. Battlerite matches were starting to get tougher as we increased in rank and now a more tactical approach was needed to win each round, playing as Varesh our roll was to debuff enemies while shielding allies against incoming damage and the GTX1060 + i7-6700HQ config was able to keep above 60FPS even during these most intense moments.

Finishing up the first round of testing we installed on our GGPC GTX 1080 Dark Knight jumped in Sirius, a melee healer with some excellent teleports that can heal teammates and deal damage to opponents, the matches now were getting pretty darn difficult with players teamwork becoming necessary to split opponents up. Performance was excellent at 4K with max settings and the added clarity certainly makes watching opponents ragdoll on death a lot clearer 🙂

So far we’ve had a blast in Battlerite and can’t wait to see where the developers take this one, if you’re looking to a battle that’s quicker than ARAM this could be the perfect ticket 😛