The Rival 100 optical gaming mouse brings unmatched performance that’s usually unseen in entry level gaming gear with six programmable buttons, a really good sensor and SteelSeries Prism RGB illumination 🙂 Sporting a sleek, smooth shape with textured sides for lift off grip it’s a pretty normal looking mouse when you first look at it but once it’s in your hand the quality shines through and this very affordable gaming mouse has got the goods where it counts – it’s packing a special optical sensor inside so you can quick turn with confidence, the 1.9 meter non-braided cable is very light, as it the mouse.

The lighting for the mouse shines impressively lighting up the DOTA 2 logo and this is pretty cool on it’s own but when you fire up the software things get really good. Using the Steelseries Engine 3 software package and a feature SteelSeries call GameSense will allow Dota 2 game data to be shown with the lighting on the mouse – things like health, mana or ability cooldown can be tracked in this way, ironically you won’t see a lot of this via the logo which it covered by your palm, but glance at the mouse wheel and you’ll know what’s up 🙂

The side button layout is excellent with both buttons being easily pressed by simply rolling the thumb up a little much like the Rival 500 but less complicated, perfect for MOBA gaming like DOTA 2.

Being the DOTA 2 edition of the SteelSeries Rival 100 this means it includes a game code for an awesome purple blade (named pale edge if you want to google how much it’s worth :P) for Slark as well \o/

UPDATE: These awesome gaming mice available in NZ now, keep your eyes on our GGPC Computers Blog and new SteelSeries Store for the latest! 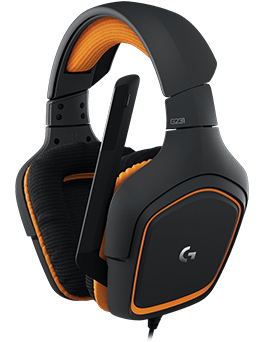 Logitech G have created a beautiful “Snow” special edition for their awesome G933 7.1 Dolby Gaming Headset and oohhhh it’s looking really good.  The headset itself hasn’t changed, it’s still the excellent wireless unit that provides around 8 hours of continuous wireless gaming freedom but in this new colour scheme it certainly stands out from the crowd even more than before 🙂

The G933 features advanced Pro-G audio drivers are made with hybrid mesh materials that provide the high quality audio performance gaming demands. These Pro-G drivers deliver both clean and accurate highs as well as a deep rich bass that you would expect from premium headphones so you can experience incredible 7.1 surround sound with Dolby or DTS Headphone:X Surround Sound.  These audio technologies helps to create a more lifelike in-game special awareness, allowing you to clearly hear enemies sneaking around.

Sporting a really good noise-cancelling boom mic, your communication in game will be crispy clear and when you’re not using it the mic can be folded back into the headphones and is nearly invisible. G933 is travel-ready with an included mobile cable and secondary inline mic for mobile devices when you don’t want a microphone boom in your face.

Even though it’s primarily a wireless gaming headset the Artemis Snow gives you the best of both worlds, with the option to play either wirelessly or wired \o/ Play either on the 2.4GHz wireless or use the 3.5mm analog input on the headset to play wired without using battery power. Both the light strip and logo can each be programmed to different colours or effects, or can be synchronised. Adjustable RGB lighting to suit and the Logitech Gaming Software can even deploy your chosen colour scheme over all your logitech gaming gear for the perfect setup.

The special edition Logitech G933 Artemis Snow Gaming Headset is on it’s way to NZ and should be with us around October, keep your eyes on the GGPC Computers Blog for more of the latest and best in gaming tech!