GGPC has been busy playing some games with the first arrivals from a new i9 CPU range from intel \o/ We’ve started things off with a tasty new i9-7900X which boasts 10 cores and 4.3GHz Turbo Boost (4.5GHz with TB3!) but before we dive right in there is even more sweet hardware that’s released alongside the new intel CPU and it’s all looking suitably awesome, X299 motherboards have appeared in NZ already from those fine folks at Gigabyte and Asus!

For our first build we’ve used a beautiful Aorus X299 AORUS Gaming 3 motherboard in black (this one has really cool detailing on the headsinks too) and, much like the previous X99 motherboards these new X299 versions spread out the ram slots to the left and right of the CPU socket which really does help to make a build look EPIC 😛 With our test i9-7900X build we filled all the slots up with G.Skill Trident Z RGB Ram for a total of 64GB and it does indeed look epic when all the ram slots are lit up 🙂

Diving into the latest version of Minecraft 1.2 with Optifine and Sildurs Vibrant Shaders version 1.61 we were treated to some excellent performance at 4K, the quick test couldn’t have been in a better spot with the latest water effects on display as we ran around a village right beside the ocean 🙂

Jumping into a little Overwatch next we has a blast happily charging around in our new D.VA Police Skin shooting down Pharah with Mercy in tow 🙂 Our FPS never dipping below 60 even with the settings cranked to a custom epic preset with SMAA on max at 4K \o/ 13 seconds into the video I muted the sound to talk to another GGPC tester – will have update this one soon 😛

From here we jumped into a bunch of games until we finally hit one that couldn’t quite hit our 60FPS 4K target, well at least not all of the time 😛 Black Desert Online is currently featured in the massive Steam summer sale and the player base is MASSIVE right now – perfect for some really hardcore testing 🙂

Starting things off with the most popular activity in the game we began hunting for large mobs to kill so we could really test things out with lot’s of effects on screen, we tried several areas and found the heaviest zones to be the forest and giant canyons, especially the area below which was covered in a thick fog at the time of testing. We followed this up by putting even more stress on the system by turning the Ui off which activates a filter in BDO, check out the Ui Off, Farming Mobs FPS test here and Ui Off, Fighting a Giant in the Forrest test here.

The largest city in the game is known as Calpheon and it’s pretty massive, this area is notorious for reducing even the most powerful systems to low FPS but we didn’t have a bad time at all riding our horse through the town with the biggest dips happening only for a moment right in the middle at the marketplace.

Rounding off the Black Desert tests we wanted to see what performance was like with hundreds of players in the area so we headed to the smaller town of the Velia which has a popular fishing spot, it didn’t disappoint with so many players loading them happened in chunks!

This Final Fantasy Stormblood benchmark is FREE to download here so you can try it out on your system at home and compare your scores with ours.

Pretty cool right! Even though we loved every minute gaming with the i9 our little i7 did great in the benchmark test – we can’t wait to try this one out with even more games 🙂 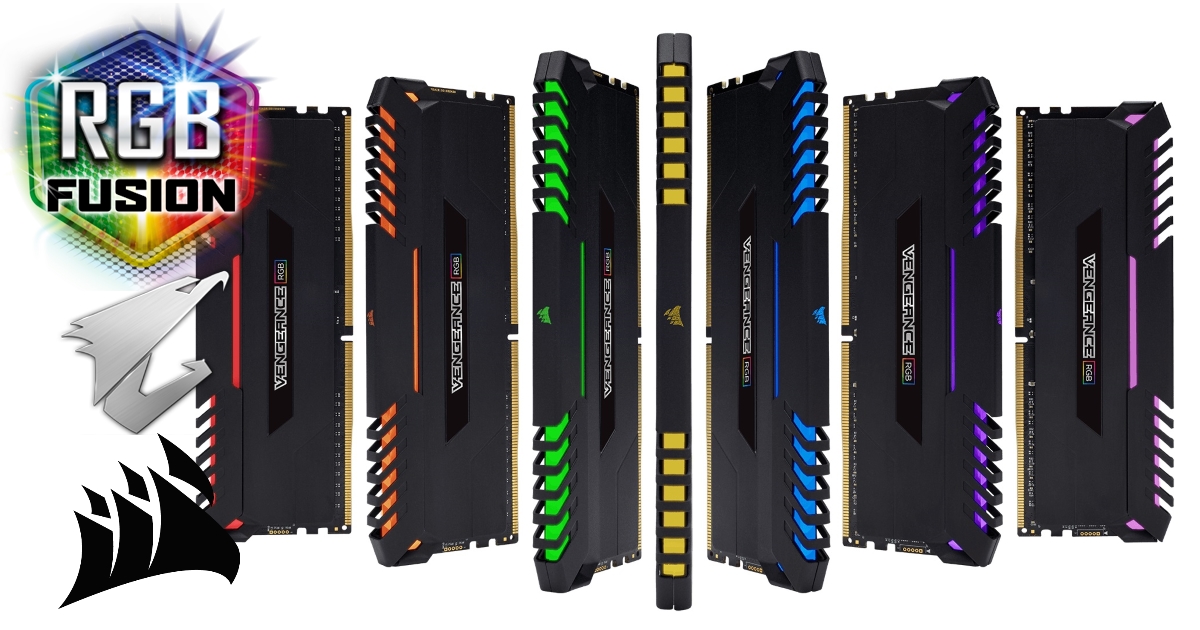 If you’re lucky enough to be packing a Gigabyte Aorus Motherboard in your Gaming PC there’s a really cool update that will let you tweak Corsairs new RGB Vengeance RAM kits within the existing Gigabyte FUSION app we already use to customise our zone lighting. These new kits light up in one entire colour at a time rather than having individual zones, so we’re limited to showing a single colour per stick but we could still have four fitted each with their own colours, the Corsair RGB currently does four standard light effects — static, rainbow, breathing and colour shift.

Right now those with GIGABYTE Fusion enabled motherboards will be able to control their Corsair Vengeance RGB RAM as well, you can still control things via Corsair Link software but having one software package to control everything is the goal, just like we did with the MasterCase Pro 6 PC Part Picker build so we can’t wait to try this out with Fusion here at GGPC 😛

The FUSION desktop app itself is really easy to use, but what makes this one sooo appealing for us is it actually has a smartphone companion app as well and with it you can customise things from your android smartphone – you can download the Gigabyte RGB Fusion Smartphone App on Google Play \o/ It’s important to note that this app will likely need an update to add the new ram functionality and there is sometimes a little tinkering you must do around permissions in order to pair your system with the app, thankfully Jon Colón left a review on the app which explains it with details “UPDATE: In order for this program to work, open windows firewall with advanced security. Under inbound rules click “New Rule” – Click port then next. You need to add TCP 9009, UDP 1980 and UDP 19801″ 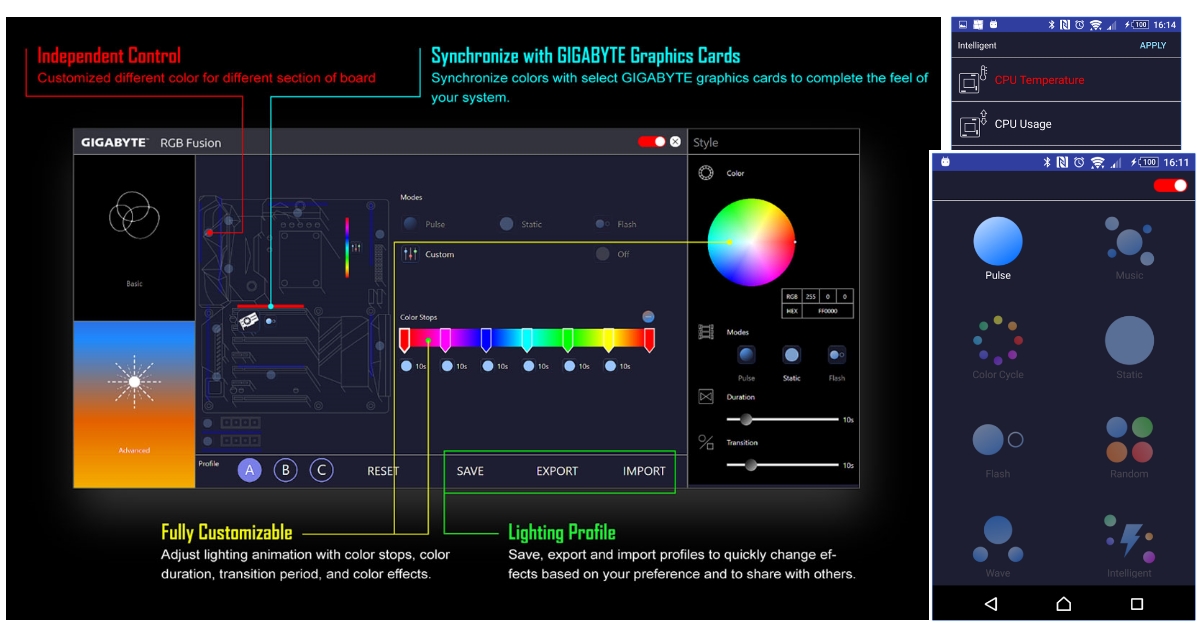 Fun times ahead for sure – if you just can’t wait to start playing around with this awesome new tech below are links to some of our favourite FUSION ready motherboards and also the G.Skill RGB kits which are available in New Zealand right now!