It’s called AOC RISING HEROES, it’s an online gaming event for New Zealand + Australia gamers and the entry is free – so it’s a a good time to get together with friends and play to win!

For those who have been thinking about getting into esports this is a really good event to start off with. The Valorant game is free to play, it’s a competitive 5v5 tac-shooter. If you’ve enjoyed CS:GO, Overwatch or Paladins previously it will feel familiar. The characters are called Agents in this one, and your special powers will depend on which one you choose, use them to create new opportunities and let your gunplay shine.

Don’t worry if the timing doesn’t fit and you’re unable to play in this one, the event will be streaming on Twitch & YouTube too, watching competitions is great for learning good tactics for the next one 😛

In this event players will compete in teams of five, you can also have subs & coaches but there are limits (see the event rulebook for more info).

The first stage of competition consisting of three open double elimination qualifiers each qualifying four teams to the swiss stage.

The event qualifiers begin on March 27th, with another two on April 10th & finally April 17th.

Once qualifiers are completed, the best of Australian & New Zealand Valorant players compete with each other, the eSports competition proper is set to begin on May 8th with the final playoffs ending June 6th.

It’s not all about glory and good times though, this event also has a prize pool of gaming monitors, mice, keyboards, headsets and more from the top chaps at AOC & HyperX!

Most PC gamers will know the Cloud II Gaming Headset, either by owning one themselves or knowing someone that does – they were an instant hit when they first release almost six years ago and since have lived in various best gaming headsets lists around the web, while enjoying more YouTube reviews than any other headset we’ve seen before or since… extremely well rated is an understatement.

The new Cloud II Wireless Gaming Headset looks almost identical to the original wired Cloud II headset, HyperX have removed the cable and added 2.4GHz wireless for excellent range and quality over a fairly large area, good for a trip to the fridge and back while queuing for a dungeon.

Improvements include over a day’s worth of gaming from one charge and wireless freedom to step away from your screen, but not the entertainment.

The sound is powerful and clear, great for gaming, listening to music or watching movies, the detachable, noise-cancelling microphone combined with wireless will no doubt have using the Cloud II wireless more than the wired version.

Inputs wise the Cloud II has a on/off button, USB Type-C port for re-charging (a short Type-A to Type-C cable is included), and a very smooth infinity scrolling volume roller plus quick mic mute button, enough to keep us happily keeping us out of the settings and in the game.

The USB dongle gives access to using the HyperX NGEUNITY software suite on PC to control a few simple settings, such as toggling the virtual 7.1 surround sound.

Is the HyperX wireless good? Yes! The Cloud II Wireless is easily as good as the wired Cloud II until it runs out of battery (roughly 30 hours later). 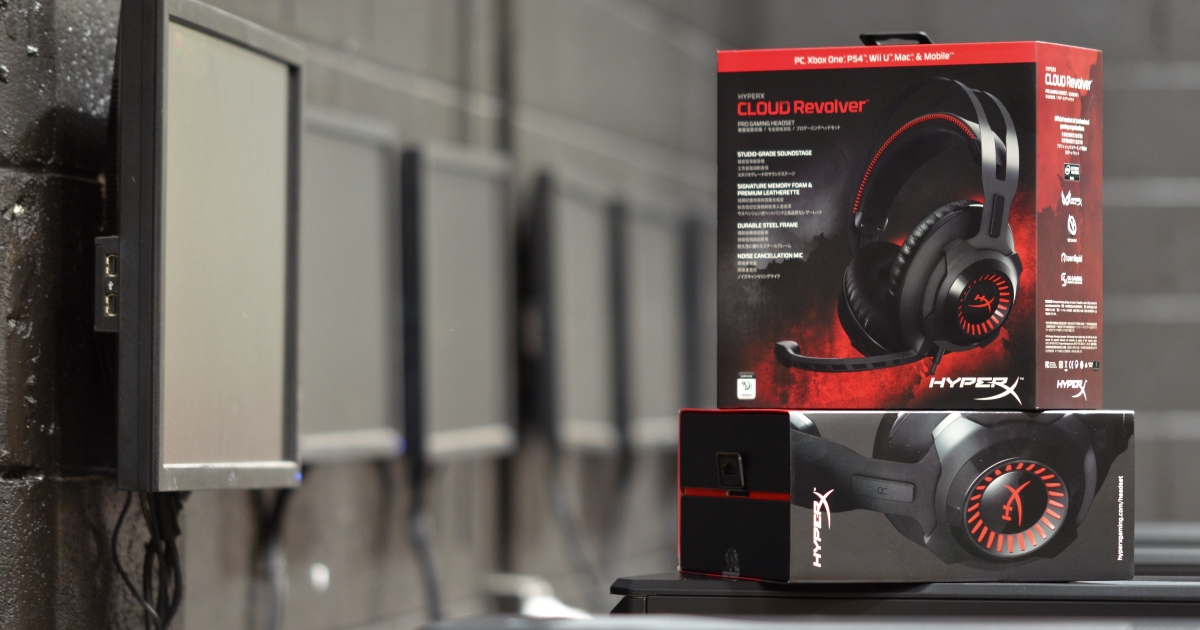 Such a great day and such a good Gaming Headset!

The new HyperX CLOUD Stinger Gaming Headset from Kingston is an ideal choice for gamers who use multiple gaming machines, hopping from PC to Consoles and vice versa. Compatible with the big three (PC, XBOX ONE and PS4) so if you’re on the hunt for a comfortable headset and convenience this could be the one 🙂

Weighting in at just 275 grams, this light option is pretty darn comfy on the head – the ear cups rotate in a 90-degree angle for a better fit while the 50mm directional drivers inside position sound directly into the ear for gaming-grade sound quality. Even during prolonged gaming sessions, this one is really good and the headband itself features a high-quality memory foam that doesn’t get too hot, custom adjustments are handled via a durable slider.

Microphone wise it’s solid but has that neat feature we like – if you put it up it automatically mutes 🙂 We think this is the best way to do it, much better than a mute button you’ve got to fumble around to find 😛

We’ve had a great time with the CLOUD Stinger – this headset is pretty GOOD!

We’re in for a treat! Over the next few weeks we’ll be checking out a range of new gaming headsets from the hardware manufacturer Kingston and today we’re starting things off with the expectional HyperX Cloud II \o/

This update to the now iconic original CLOUD range features a re-designed USB sound card that amplifies your audio + voice for an incredible gaming experience. It has independent audio and microphone volume control + an easily toggled virtual surround sound.

The virtual 7.1 provides a really feeling of distance and depth to enhance your gaming, you can pin-point your opponents location in the game and strike before they even see you coming 🙂 What makes this sooo cool is that it’s hardware driven – totally plug and play, with no driver needed.

The noise-cancelling gooseneck microphone provides clear voice chat and reduced background noise, it has even got a nice little cover for the mic that helps reduce those heavy breathers 😛 Another cool feature is that voice chat volume automatically increases as in-game sound gets louder, this really helps with team communication mid fight \o/ The HyperX Cloud II is certified by TeamSpeak and optimised for Skype and other leading chat programs like Discord.

Sporting some insane 53mm drivers for superior audio performance and rich sound quality with crystal-clear low, mid and high tones this USB-powered headset is intended for PC but you can apparently connect it via an included 3.5mm stereo cable to XBOX ONE and PS4 which is nice.

There are two versions of this awesome headset available now, the first is the standard Black Hyper X CLOUD II and the second is a very slick looking Gun Metal Hyper X CLOUD II which looks amazing!