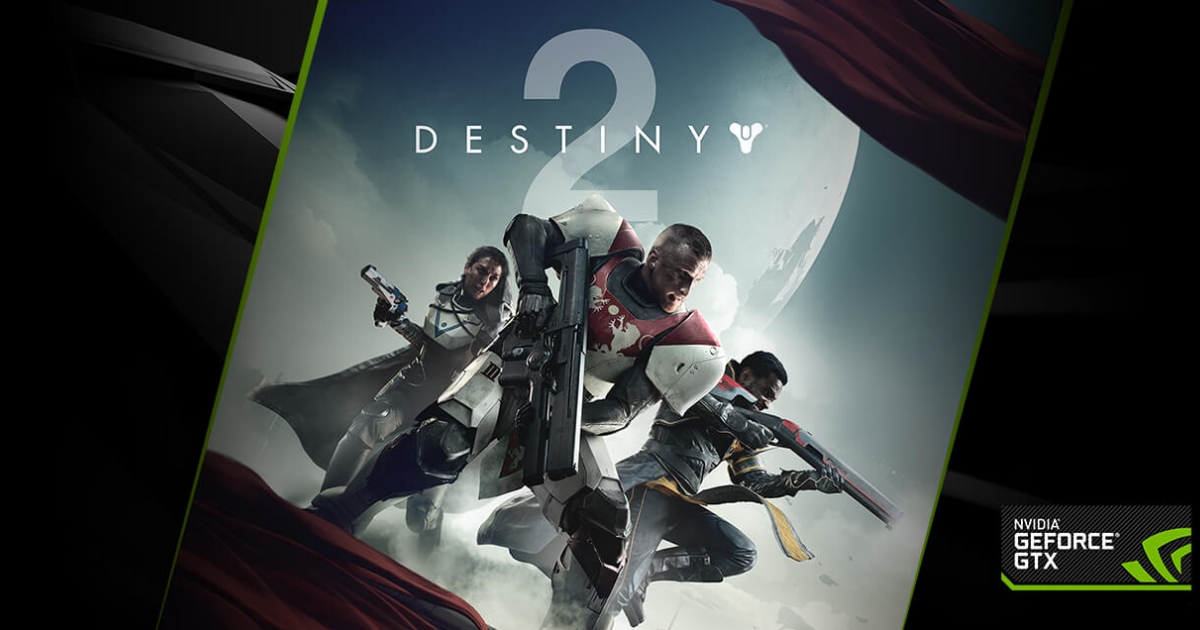 TEAM UP AND FIGHT ON! Those fine folks at Nvidia have a killer DESTINY 2 GAME BONUS for those grabbing a new GTX 1080, GTX 1080 Ti Graphics Card or Gaming PC and Gaming Laptop featuring this awesome hardware 🙂

Humanity’s last safe city has fallen to an overwhelming invasion force, led by Ghaul, the imposing commander of the brutal Red Legion. He has stripped the city’s Guardians of their power, and forced the survivors to flee. You will venture to mysterious, unexplored worlds of our solar system to discover an arsenal of weapons and devastating new combat abilities. To defeat the Red Legion and confront Ghaul, you must reunite humanity’s scattered heroes, stand together, and fight back to reclaim our home.

This awesome bonus is valid on purchases made between the 17th of October 2017 and 5th of January 2017 so get in quick! This is a register to redeem promotion so once you’ve geared up with your new hardware simple visit the website below and follow the steps along.

This is a register to redeem promotion, please use the handy links below depending on which flavour your grabbing 🙂