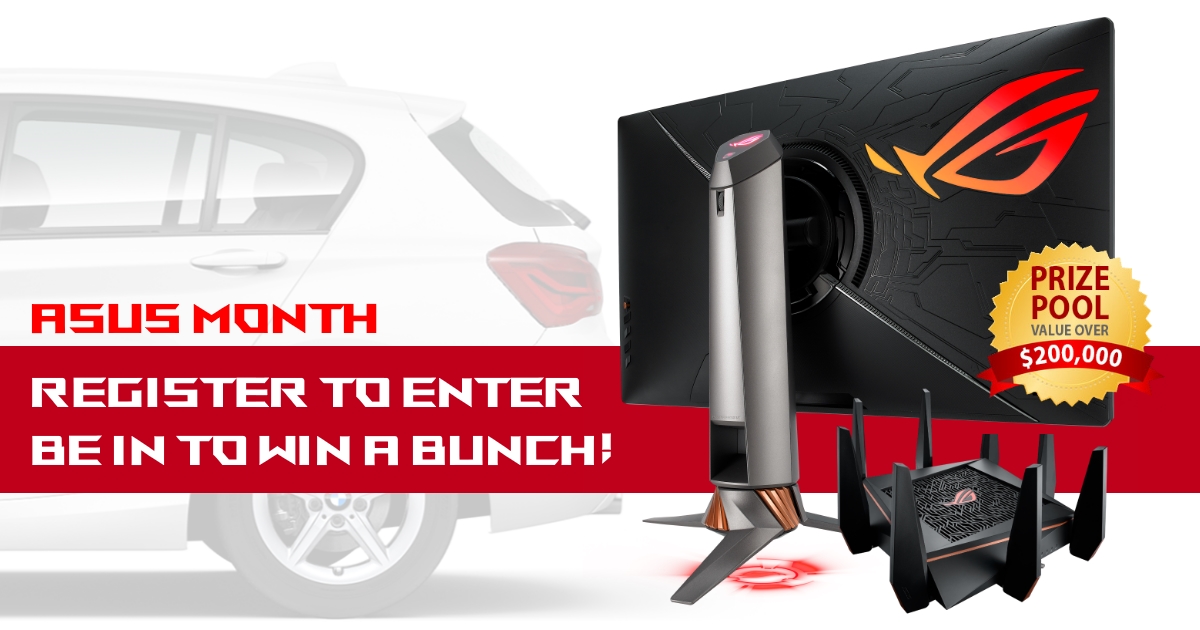 Those fine folks at Asus have just launched a wonderful promotion starting in New Zealand today – and it covers a massive range of Asus goodies including Monitors, Keyboards, Headsets, Networking and Graphics Cards.

It’s a register to enter promotion in which you buy selected Asus products between the 18 of June and the 28th July (A little over a month this time huh guys) and then you register your awesome new gear for entries into the competition which has some truly remarkable prizes up for grabs, like the new Asus 4K 144Hz Gaming Monitor 😛

In addition to the PG27UQ Gaming Monitor, Asus has a range of awesome gear up for grabs like a BMW, GT-AC5300 Gaming Router, P3B Projector, Fusion 700 Gaming Headset, ROG STRIX Flare Gaming Keyboard, Blue Cave Router and even a few VivoStick mini PC’s

Every $200 spent will give you one chance to win, with no cap on the entries, EG: If you purchase $2000 worth of eligible Asus products this will give you 10 entries. When registering a total purchase value over $200, you will also receive an ASUS mouse pad bonus (limit 2 per person.)

Buying some Asus? You’ve got to be in to win with this one so be sure to register your gear using the link below!