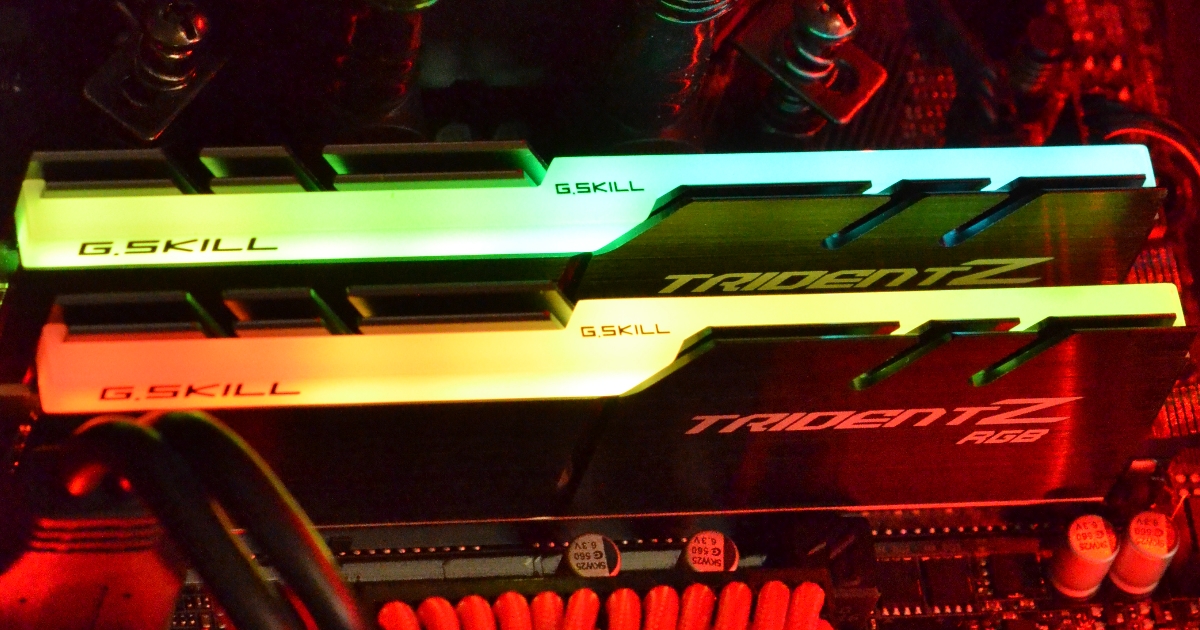 UPDATE: ASUS Aura software with Trident Z RGB support is up on the ASUS website. The correct version is v1.04.29 or later, ASUS only lists their Z270 motherboards as compatible, but should also work with ASUS Z170 motherboards. There is currently no support for ASUS X99 motherboards.

OOhhhh we do love adding a little colour to our Gaming PC and with these latest DDR4 memory kits from G.Skill things are looking better than ever! A culmination of over 25 years of experience in DRAM manufacturing, G.SKILL has combined full-range RGB lighting with their Trident series DDR4 ram kits. Designed with a custom 10-layer PCB and hand-picked IC chips to enhance overclocking performance, the Trident Z RGB series is capable of reaching speeds of DDR4-4266MHz!

By default, the Trident Z RGB displays a rainbow of colours in a wave-style lighting effect, illuminating any system with a myriad of hues. Further lighting effects and colour customisations can be controlled and chosen through software, which is out now from Asus AURA!

Once you’ve got everything installed Aura will look like this, each ram stick has 5 customisable zones for you to tweak at your leisure 🙂  We’ve done a quick custom pc build that connects all lighting to Aura giving you full control from one access point, you can check it out on the GGPC PC Part Picker – For this one we added an additional CM MasterFan Pro RGB + Phanteks LED RGB Strip lighting along with the G.Skill Trident Z RGB, a STRIX GTX 1070 with RGB and STRIX Z270X RGB Motherboard to show just how far you can take things 🙂 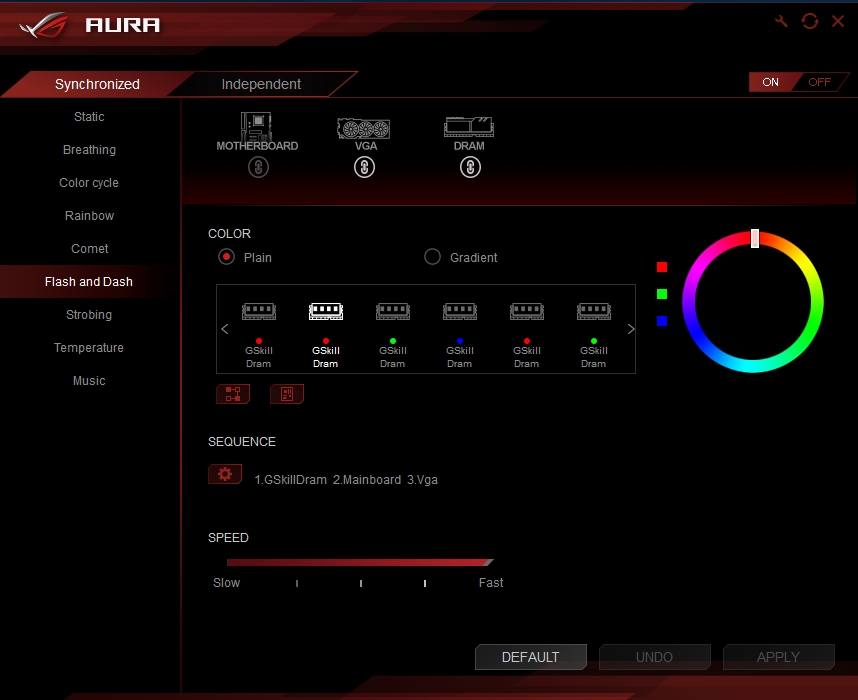 The full range of G.Skill Trident RGB Ram + MasterFan Pro RGB Fans are available in New Zealand now, we’ll update with more details on the Cooler MasterCase 6 when it releases \o/ Keep your eyes on the GGPC Computers Blog for the latest!