Throughout 2016 we were treated to a range of outstanding new chassis as manufacturers embraced both tempered glass and RGB lighting in their chassis lineups 🙂 Of all these new cases though one has really stood out, from a manufacturer known as Segotep who also made our orignal GGPC Shaman chassis known as Warship. This new case is a massive leap ahead in quality and looks a lot like the InWin 805 but with slightly different front IO placement, a big PSU shield and comes pre-fitted with 4x 120mm RGB fans. 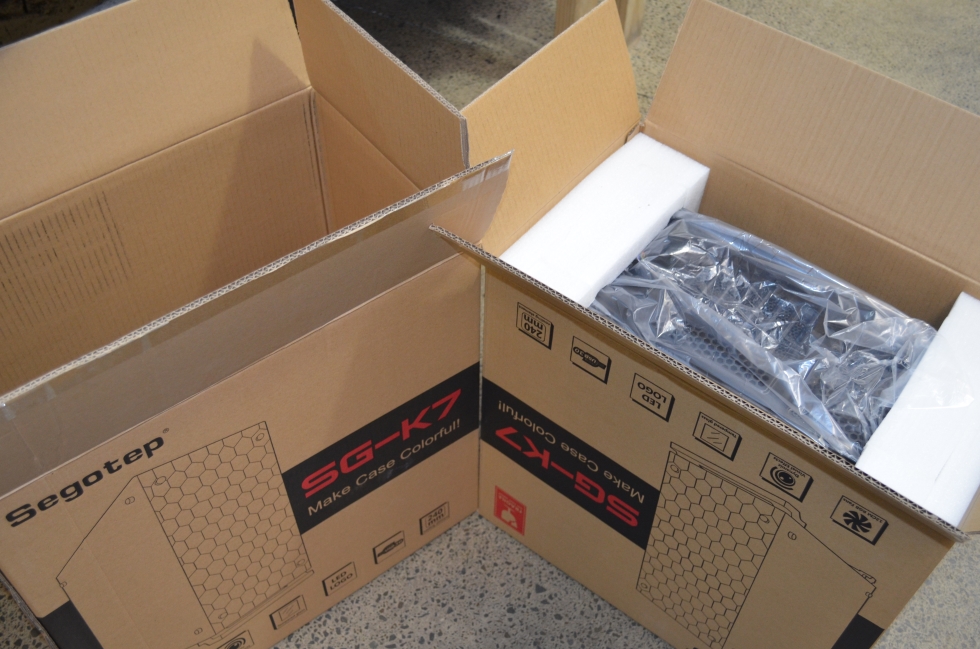 Good looks aside there are a lot of other things Segotep got right with the SGK7, firstly the way it’s all packaged up is excellent with a sturdy double box and no polystyrene to be found 🙂 The foam padding holds everything securely and both sides of all the glass panels (two sides and front) are shrink wrapped for extra protection. The RGB fans are fitted 3x in the front and 1x in the back and come pre-connected to an included hub so you can control the colours and effects easily via the front IO. It also contains a decent manual for new builders which we really appreciate, and even a cleaning cloth which is a must for any glass build as they do tend to become fingerprint magnets 😛 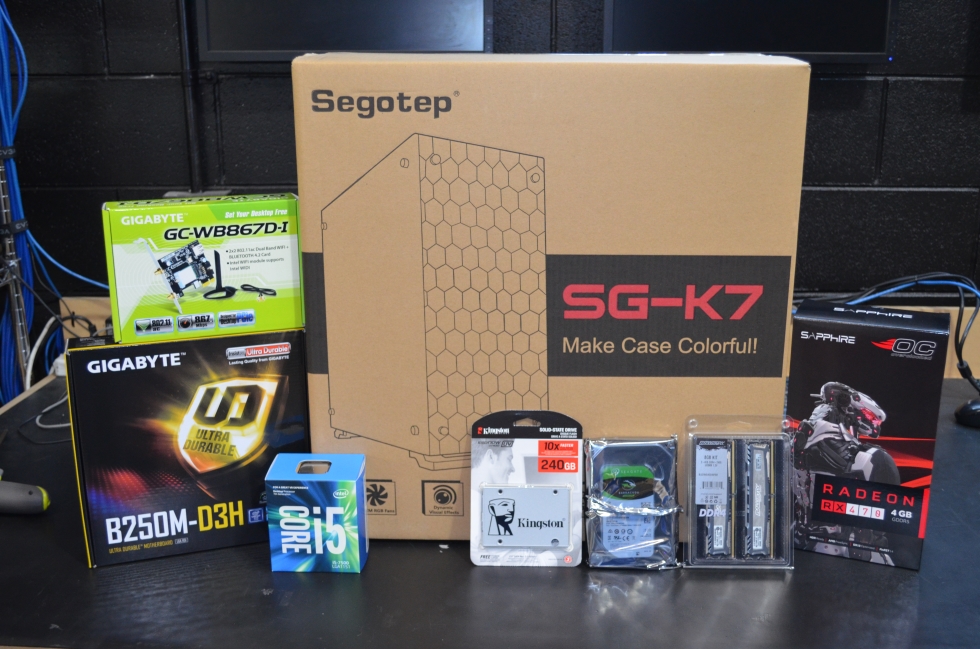 There’s no better way to get to know a chassis than building a gaming PC in one so for this blog we designed one that’s using the new B250m motherboard from Gigabyte and fitted the new i5-7500 taking a little time to wrap the cable up on the included CPU cooler so it looks nice. Another good thing about the new motherboards is we get to use 2400MHz ram this time around – the previous 2133MHz limitations are removed giving us access to a much larger variety of kits at the faster speed which is great for us as we like to try out new parts whenever possible – the new G.Skill Trident RGB is coming in 2400MHz so we’re extremely happy about this little change up!

Putting it all together was a quick process and once we successfully did a little boot test I thought I’d spend a moment doing something with the Segotep SGK7 I haven’t really seen any other chassis do – adding a custom RGB name plate! 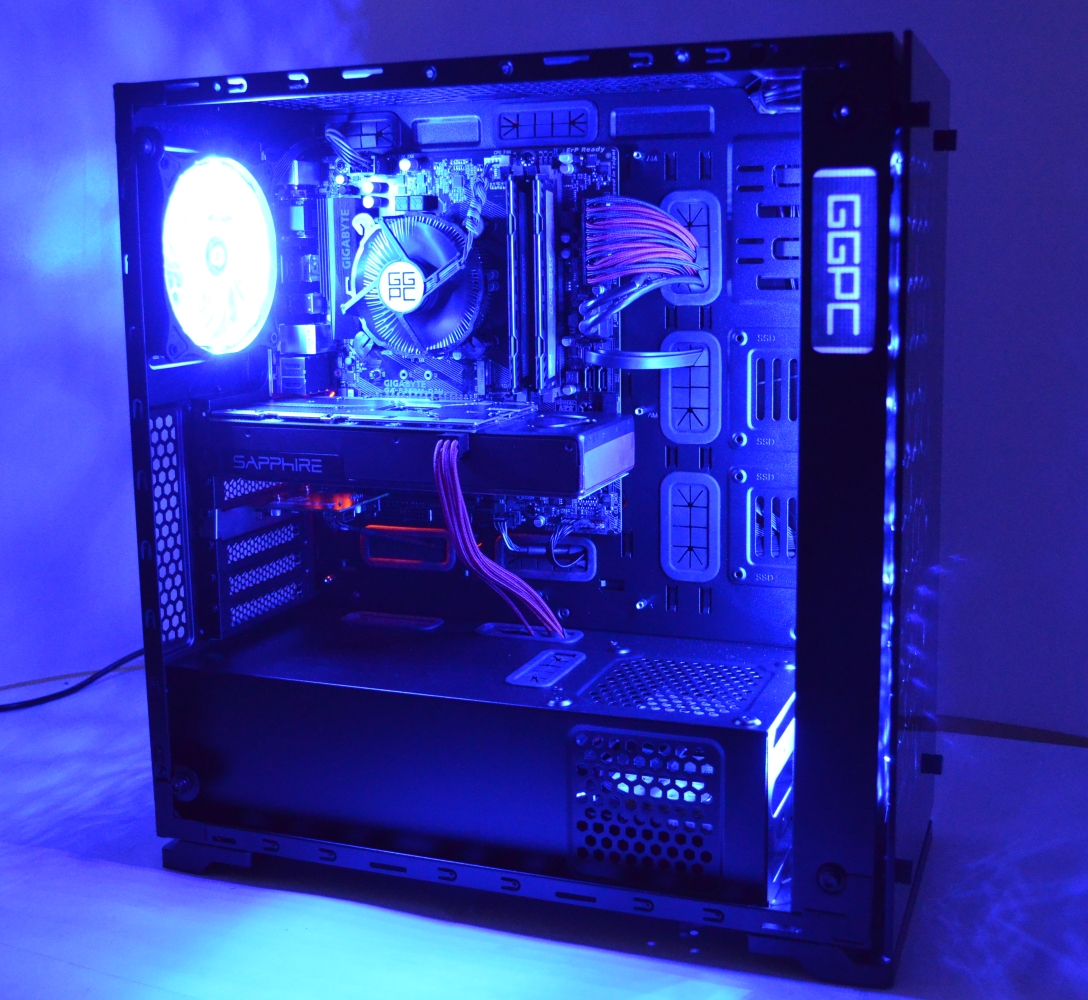 To do this you need to remove the front glass panel so you can access some screws, once those are out a little clear plastic panel (with the default Segotep sticker on it) can be removed. When we peeled off the sticker it left a little residue which we quickly cleaned off with some meths, using the old sticker as a sizing template I began hunting around for something the right size to use. We then simply printed GGPC on a piece of paper with black around it, the LED glow is powerful enough to shine through the paper but if you take a little time to cut out the name it really blasts through – just put your gamertag on the plastic backer and screw it back in you won’t need any glue etc – it’s that easy 🙂

We’ve not seen a chassis this good available for so little before especially in New Zealand and on that note, now that we’ve built a Good Gaming PC in this chassis we are happy to give it a well deserved recommendation to anyone looking for a top chassis at a great price – The Segotep SG-K7 is GOOD! 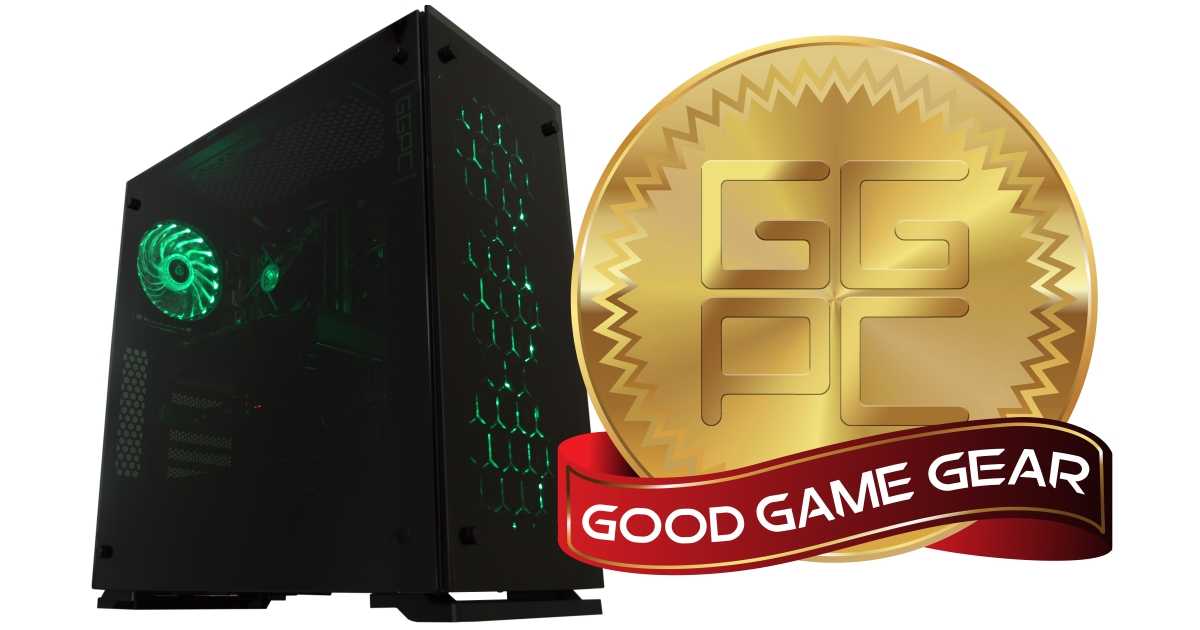 Titanfall 2 is out now and this one is pretty darn excellent on a lot of levels, the effort that has been put into this game and all the other little things around it is really rather good 🙂

Firstly, when you grab the game on Origin you won’t need a buy an additional season pass to ensure the multiplayer game stays current – and that means no splitting up the community of players! We here at GGPC really appreciate this and agree 100% this is the way to keep a good online game going and servers full of players, on that note we’re totally fine with additional single player content being available later on at an additional cost (the game includes a single player campaign already as well). They also released a smartphone card game named Titanfall Frontline which you can download now for free via Google Play, it’s certainly not as deep or polished as games like Hearthstone or Elder Scrolls Legends but still was nice to have a little jam with the tutorial mission and a couple of regular PVP matches while downloading the main Titanfall 2 game on our PC.

Onto the main game! We begin our performance tests with the GGPC Assassin Gaming PC config with its GTX 1060 3GB Graphics Card, an Intel i5-6400 quad core and 2x4GB 2133MHz DDR4 RAM and as you’ll see from the gameplay below they’ve done a great job with this game and we’re able to stay above 60FPS stable with some very high settings indeed!

Switching sides to the red team with a quick test playing on our GGPC Shaman Gaming PC which packs an AMD RX 470 Graphics Card, i5-6400 quad core and 2x4GB 2133MHz DDR4 RAM we again enjoy some very high settings with FPS above 60 even during some pretty action packed moments! 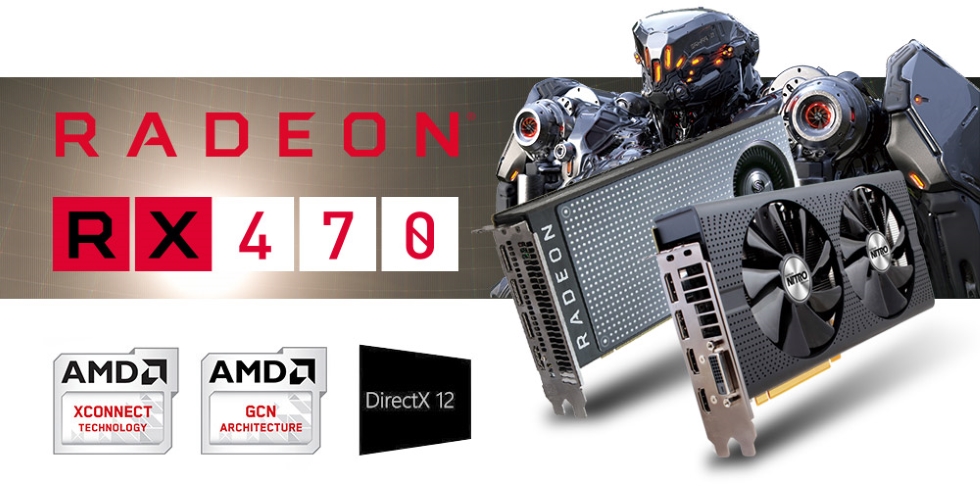 We’ve excitedly just begun our first gaming pc build with the latest AMD graphics card – the Sapphire RX 470! A new graphics card that AMD claims is capable of decent 1080p gaming and also hits the minimum spec for a VR system, it’s all part of AMD’s overall strategy to reduce the cost of buying into the VR ecosystem and with performance looking to be very similar to that of the excellent GTX 970 (our previous VR Ready go-to graphics card) things are indeed looking good!

Sapphire have both a 4GB and 8GB version of the RX 470 available now and each is using their awesome dual fan Nitro cooling system, they’ve also placed the 8-pin power inputs on the back of the graphics cards again which everyone should be doing – nice work Sapphire!

The logo along the top is lined with LED lighting but instead of using software to tweak this you’ll find an LED mode button on the back of the PCB can be used to switch it between various settings including a nice breathing mode, you can also download the new Sapphire TriXX 3.0 Software to customise lighting, adjust fan speeds, core voltages and clock speeds to tune up performance 🙂

Keep your eyes on our GGPC Computers Blog and YouTube Channel for the latest!