Great news for those gearing up for their next Gaming PC build – AMD has announced an awesome new 3 Month Xbox Game Pass for PC Subscription BONUS offer available on selected AMD Ryzen CPU!

That’s right folks, Xbox Game Pass is coming to PC! It all started in August of 2019, when players gained unlimited access to a curated library of over 100 high-quality PC games on Windows 10, available to download and play.

Xbox continued to add more diverse titles to the library, including new games from Xbox Game Studios and well-known PC game developers and publishers on the day the games are released.

via Microsoft: Xbox Game Pass for PC will give players unlimited access to a curated library of over 100 high-quality PC games on Windows 10, from well-known PC game developers and publishers such as Bethesda, Deep Silver, Devolver Digital, Paradox Interactive, SEGA, and more. And just as we committed on the console, it is our intent to include new games from Xbox Game Studios in Xbox Game Pass for PC the same day as their global release, including titles from newly acquired studios like Obsidian and inXile. We’re working with over 75 developers and publishers to bring PC content to the service and we’ll ensure the library remains curated and full of great PC titles across a variety of genres, with new games added every month. Xbox Game Pass for PC members will also receive discounts in the Microsoft Store on Windows of up to 20% on games currently in the library and up to 10% off related game DLC and add-ons.

This offer is only available on selected AMD products, and only from authorized retailers (PB Tech in NZ) 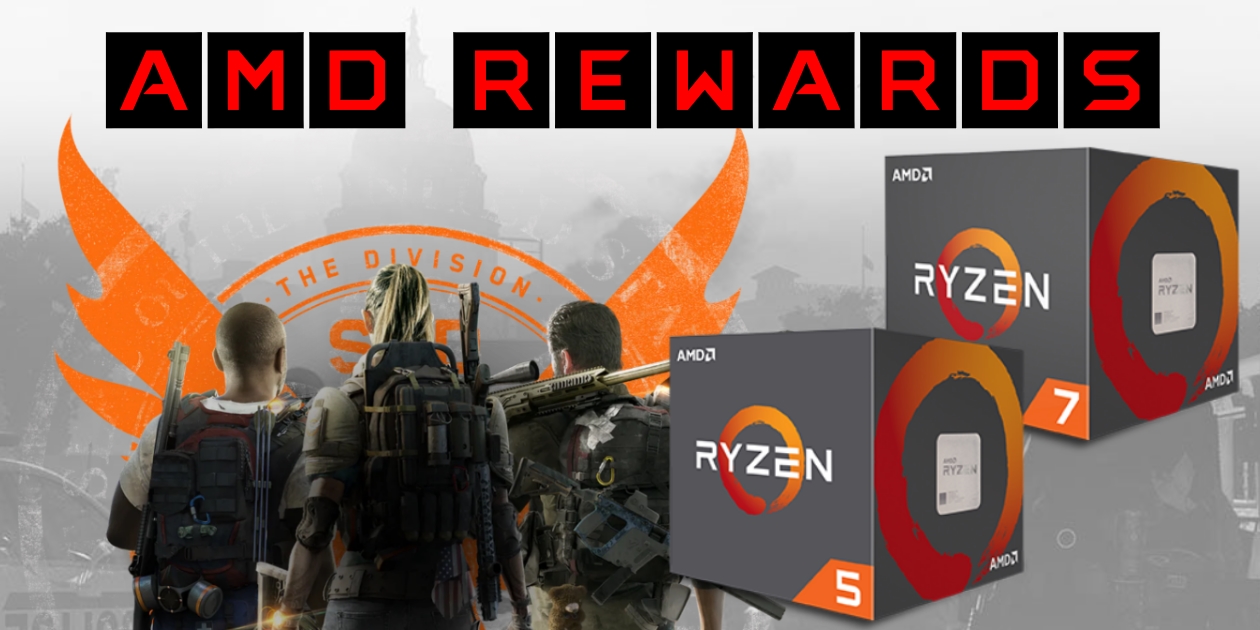 This promotion has now ended, keep your eyes on our GGPC PC Gaming Blog for more awesome promotions!

For a limited time and while stocks last get yourself awesome Ryzen CPU from the select range and you can register to redeem a Tom Clancy’s The Division 2 game bonus!

The Division 2: Lead a team of elite agents into a post-pandemic Washington DC to restore order and prevent the collapse of the city. Lawlessness and instability threaten our society, and rumours of a coup in the capital are only amplifying the chaos. All active Division agents are desperately needed to save the city before it’s too late. You are a member of the Division, an elite group of civilian agents charged with being the last line of defence. With DC at risk, it’s time to gear up and use your unique skills to take on this new threat!

We loved the original Division and can’t wait to run, gun and roll around like crazy! If you’re gearing up with one of these new Ryzen CPU or Gaming PC featuring one inside you’re in for a treat!

Finishing up a super wet'n'stormy #Wednesday with

For Conner, RAM freq dependant on CPU too :)

Quick pics and #CustomPC builds in the #Phanteks #

A little #HyperX in yellow :) I like that the new

@pet.lobster thanks, much better airflow and a bon

This is going to be glorious :)

Sapphire nailed it with their #RX5700XT GPU :) soo

Quick play with modes before some proper photos of

First build in the #Phanteks #Qube with no glass o

Somewhat distracted by a beautiful impeller :) #be