Perfect for both space games like Star Citizen and gigantic robot sims like Mechwarrior Online the new RHINO X56 flight controller from Logitech G provides budding pilots and space-aces with the many inputs required to achieve true control of our flying vehicles or mechs. Going wayyy beyond the usual pitch, roll, yaw, backwards, forwards, up, down, left and right this X56 Pro Flight System allow you to control things like gimballed weapons and omni directional thrusters so you can nimbly jet yourself into the perfect position in heat of battle!

Using a twin-engine throttle controller is the only suitable method for manipulating a virtual twin-engine aircraft. The X-56 Rhino boasts twin throttles – allowing for some pretty crazy maneuvers – and also provides the option to adjust the friction required to move them. If your aircraft of choice is single-engine, a handy throttle lock effectively converts the twin throttles into a single unit.

Through the included software package you’ve got the ability to completely customise all of the X-56 Rhino’s axes and buttons. On the axis side, you can adjust deadbands and response curves to fine-tune axes to respond just like an aircraft’s real-life counterparts. On the buttons and toggle side, you can assign any number of in-sim commands, such as afterburner, Frame Shift Drive, target lock and weapon group firing. The software also allows programmability for an array of mouse and keyboard commands – from basic single-key inputs to very advanced, timed, and macro commands.

Piloting while using VR is a great experience but can prove difficult because you can’t see your own hands, which can make finding the controls you need problematic. The X-56 places controls perfectly under your fingers where subtle distinctions in button feel and shape help you navigate the control set with ease. Even the switches on the base of the throttle are staggered or separated so telling them apart from feel alone is possible, leaving you free to concentrate on the immersive VR experience 🙂 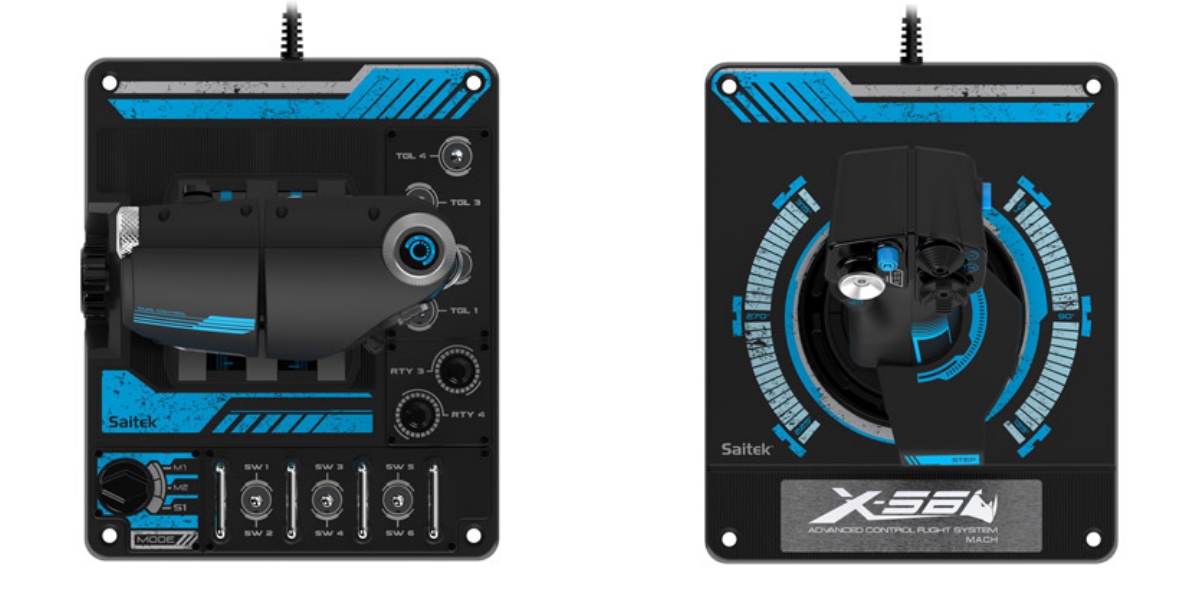 During virtual flight – just like true flight – the accuracy of an aircraft’s control surfaces is of paramount importance. The X-56 Rhino’s control surfaces are incredibly accurate, courtesy of a 16-bit aileron and elevator axis, developed from the ground up, this 16-bit axis solution enables extremely precise movement!

This new X56 Controller is just a slice from a range of new gear that’s just landed in New Zealand, check out the latest in the Logitech Game Controller Store today!