Another round of pre-release testing is on this weekend for those with Halo Insider access, testing will include big game maps with a range of vehicles and objectives, as well as the smaller 4v4 match modes in a variety of maps.

The best new is though, there are timeslots from 1pm – 5pm on Saturday + Sunday here in New Zealand.

Already a Halo Insider? Check your notifications and download the Halo Insider client via Steam https://store.steampowered.com/app/1240440/Halo_Infinite

Want to get involved? Sign up to be a Halo Insider via https://www.halowaypoint.com/en-us/community/halo-insider

As a Halo Insider, you’ll have the opportunity to regularly provide feedback and insights that help shape and inform current franchise initiatives and the future of Halo. You will also be given exclusive opportunities to participate in hands-on, pre-release tests (“public flights”) of in-progress Halo game releases and provide feedback to the development teams.

To increase your chances for selection, make sure your Halo Insider settings are complete and accurate – you must be opted-in for communications, verify your email address and for us players on PC, upload a DXDIAG file for our system too.

Once you’re in be sure to check for notifications, sometimes these also include invites codes so you can play with friends.

The Halo infinite multiplayer is in a very polished state already and we can’t wait to add this one to our good free to play PC games list!

Today we got very lucky and were given the latest HTC VIVE Cosmos Virtual Reality Kit to try out, so we could see for ourselves what this new VR Headset can do, and how it compares to the current king of the VR hill – Vive Pro.

The new Vive Cosmo is a lot more travel friendly, gone are the lighthouse stations we needed to use our Vive OG & Pro VR systems, this has been replaced with a fancy new inside-out camera system that allows the headset to track itself, and for the wearer to be able to see what’s going on outside the headset with a push of a button on the headset – you just tap it to go into live view (You can also double top the right controllers Vive button for this).

Setup is a breeze, with the instructions placed right on the lid of the box when you open it up. These will take you through all the steps including configuration of the VR space you’ll be playing in, and access to all the games available via the Viveport and Steam services.

Excited to play, we rushed through all of the instructions so we could get right to the good stuff – this caused us a couple of “how to?” moments a little later in the journey though – so below are the two important pictures, just in case anyone else gets stuck for a moment like we did 🙂

With those quick setup notes out of the way let’s jump in and play some games!

The first stop for most will likely be to jump into the Viveport service, included in the box is a special code for this store that will activate a special subscription (or similar) so you can try out a bunch of different virtual reality movies, games and experiences.

You can also jump straight into Steam, the VR store here is crazy good to and contains all our of current favourites that we play on the Vive Pro.

So our Cosmos VR adventure begins with a bit of Blade and Sorcery, and it’s a perfect place to start as nothing tests get the blood pumping more than a furious telekinetic battle against warrior and wizard 🙂 It’s also the best game for checking out the movement tracking differences that come with the new design style of the Cosmos – after all it’s got to keep up with all the dodging, weaving, hacking, slashing, grabbing and running for our lives that happens in the game!

As the VIVE Cosmos is still super new, with some game titles you’ll have to setup a custom controller layout to play everything right away – the Cosmos controllers are already loaded into the Steam Controller Mapping tool for us to tweak + with community layouts available to use and edit as needed.

For those new to VR controller mapping you can do this with the headset on, or from the desktop. Quick screenshots guide below showing our specific mapping for Blade & Sorcery!

All setup it was time to go! Before we jumped in those we set Nvidia Shadowplay privacy settings to allow desktop capture so we could capture and share the test – see our YouTube video below as we check out the Vive Cosmos controllers in action while trying to stay alive in the medieval village battle! (system specs and more info about the test are in the description of the YouTube video)

Exhausted from our energetic battle we looked for another great game for testing – this time to check how the high resolution Vive Cosmos display handles text in a game – No Mans Sky – and we’re happy to report it’s all looking great.

It’s also a solid standing room VR system, and although not quite as good as the Vive Pro, which we kinda expected considering the significantly lower price of the Cosmos Virtual Reality Kit… Overall the Vive Cosmos is likely the best option price/performance wise if you’re looking to make a simulator VR setup, with its very high quality visuals and oh so easy tracking.

Asus has a sweet register to redeem Steam Gift Voucher bonus on selected motherboards! There are two tiers of credit available depending on which motherboard you buy and this offer is valid on purchases from 01/05/2018 through to 30/06/2018! Entries must be submitted BEFORE 10th July.

Once you’ve received your awesome new motherboard simply visit this Asus Redemption Site and fill in the form at the bottom of the page to claim your voucher code.

Those fine folks at Bethesda are making their epic game, Fallout 4, free to play via Steam this weekend!

If you’ve someone missed this one (or maybe just experienced it on a console) Fallout 4 is a massive post-apocalyptic role-playing extravaganza that’s quite brilliant, you can play in a bunch of different styles and if you really want to rush it, you could actually complete the main storyline over the weekend 😛

The PC version is MOD ready and plays well on range of graphics cards, we’ve tested this one quite recently with the new Gaming Laptops as well and it ran like a dream!

Tales of Berseria, the latest addition to Bandai Namco’s long-running Tales of series of action-RPGs, now has a demo available to download via Steam (demo download button is just on the right).

Join Velvet and a crew of pirates as they take to the sea in an all-new adventure developed by the celebrated team behind the Tales of series. Veteran Tales of character designer Mutsumi Inomata has personally designed Velvet and famous Japanese animation studio, ufotable, returns to animate the game’s breathtaking cutscenes; delivering truly epic and emotional storytelling in their unique style. This adventure will have us travelling to the many islands that make up the sacred kingdom of Midgand to uncover the mysteries of the demon blight.

If you’re lucky enough to have played the previous Tales of Zestiria or the classic Tales of Symphonia (such a wonderful soundtrack also) you’ll know how much fun these anime action games can be and looking at the new trailer below – this one’s looking GOOD! 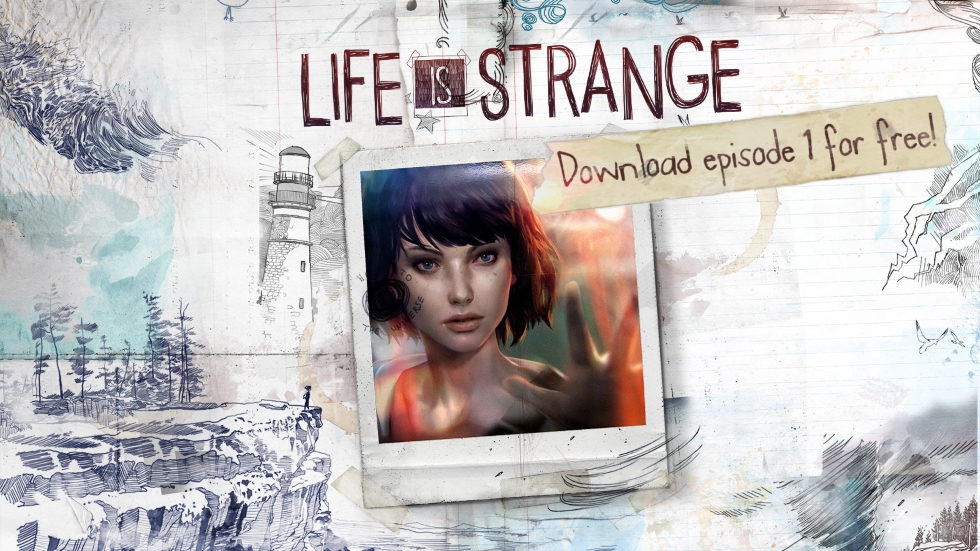 Life is Strange is an award-winning and critically acclaimed episodic adventure game and right now – Episode 1 is FREE!

You can download Life is Strange here via Steam – Try not to read any reviews though! The story for this one is genuinely excellent and a lot of reviewers seem to gush about this part or that, this is one of those from dusk till dawn moments when it’s best you go in not knowing what’s going to happen 😛 What we can tell you is that this one is a wonderfully written modern adventure game with a beautiful art style and soundtrack. Another great thing for those about to get into the series for the first time is you won’t have to wait for the next episode in the series to release.

With overwhelmingly positive feedback (both recent and from launch) this is definitely one worthy of some time check out, and that new price is ohhh so good 🙂

An early treat for the highly anticipated horror sequel – Outlast 2, has just appeared online and you can download the Outlast 2 DEMO via steam right now 🙂

Outlast 2 is the sequel to the acclaimed survival horror game Outlast. Set in the same universe as the first game, but with different characters and a different setting, Outlast 2 is a twisted new journey into the depths of the human mind and its dark secrets. You are Blake Langermann, a cameraman working with your wife, Lynn. The two of you are investigative journalists willing to take risks and dig deep to uncover the stories no one else will dare touch. You’re following a trail of clues that started with the seemingly impossible murder of a pregnant woman known only as Jane Doe. The investigation has lead you miles into the Arizona desert, to a darkness so deep that no one could shed light upon it, and a corruption so profound that going mad may be the only sane thing to do…

The games world is very dark but you’ve got your trusty camcorder with night vision mode to help you see things – just keep an eye on that battery life 🙂 We’ve tried to keep things as spoiler free our RX 460 Gameplay FPS test below and highly recommend playing this one with the lights out and headphones on for sure!