Taking inspiration from the iconic CM Storm Stryker chassis this latest addition to the new MasterCase lineup is sporting a very tough handle on the top that will make transport very easy but blends into the form of the chassis looking good even if you never use it 🙂 The tempered glass sides on this new case have been done in a new way that opens a like a reverse gull wing and have a key lock to open and close the panels which is pretty cool. Another really good thing about this chassis is the internal graphics card support bar is ready for two graphics cards making it absolutely amazing for a killer SLi Gaming PC 🙂 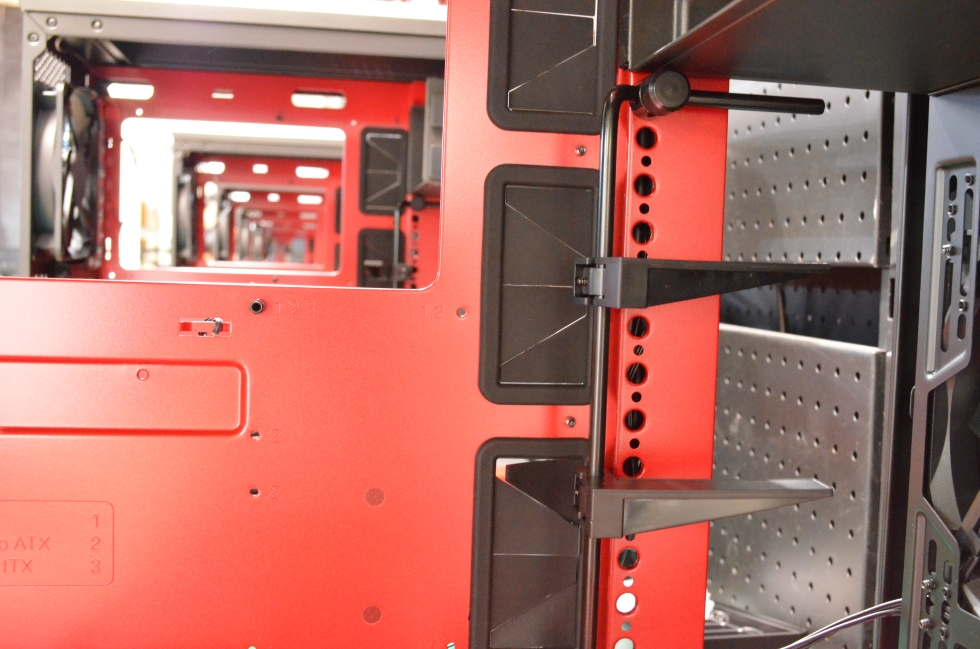 With the trimming and some internal metal work also in red this chassis is perfect for an incredible red/black PC build – so I think that’s just what we’ll do!

Just in time and perfect for the Red/Black theme we’re going for with this new build, Cooler Master Seidon 120V3 Plus water cooling kits have arrived in New Zealand! These have actually been available in the UK for a while now but here in NZ we’ve only had the blue options so this is absolutely perfect 🙂

We’ve had a good go with a bunch of Z270 series motherboards now and for our Red/Black theme there is one that really does look perfecto! 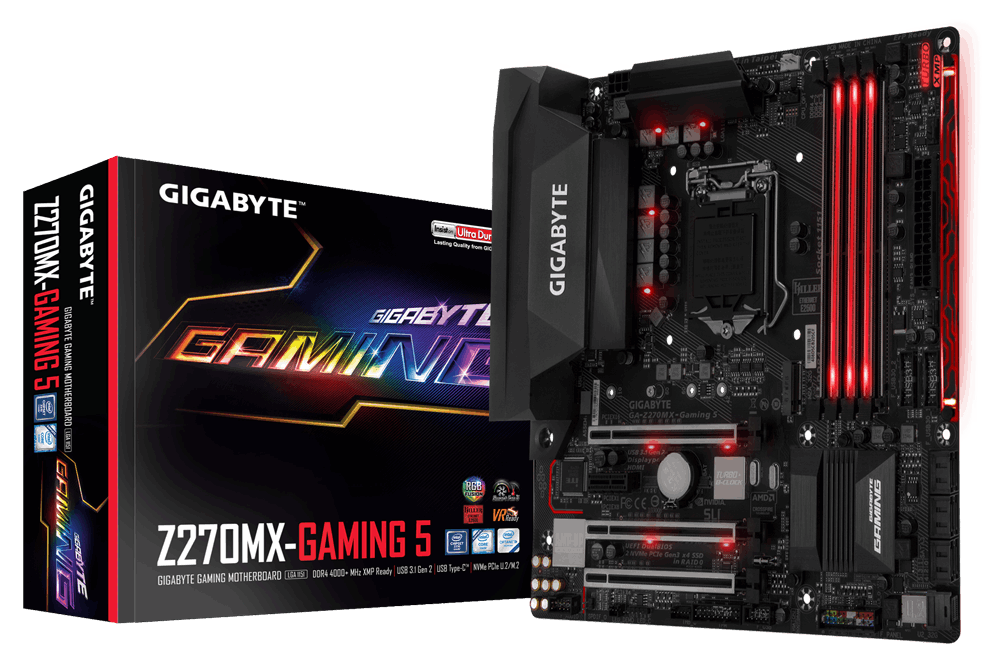 The Z270MX-Gaming 5 from Gigabyte boasts the most advanced LED system in the market today. With more customisability than ever and a convenient, intuitive UI thanks to the RGB Fusion App we’re going to have a blast making a build with this one! The bright and vibrant LEDs can even be configured to display the PC’s temperature or load… hmmm tempting 😛

Timing couldn’t be better with the new Z270 Motherboards and intel Kaby Lake CPU, we’ll be back soon with an awesome new gaming pc build – keep your eyes on the GGPC Instagram and Computers Blog for the latest. 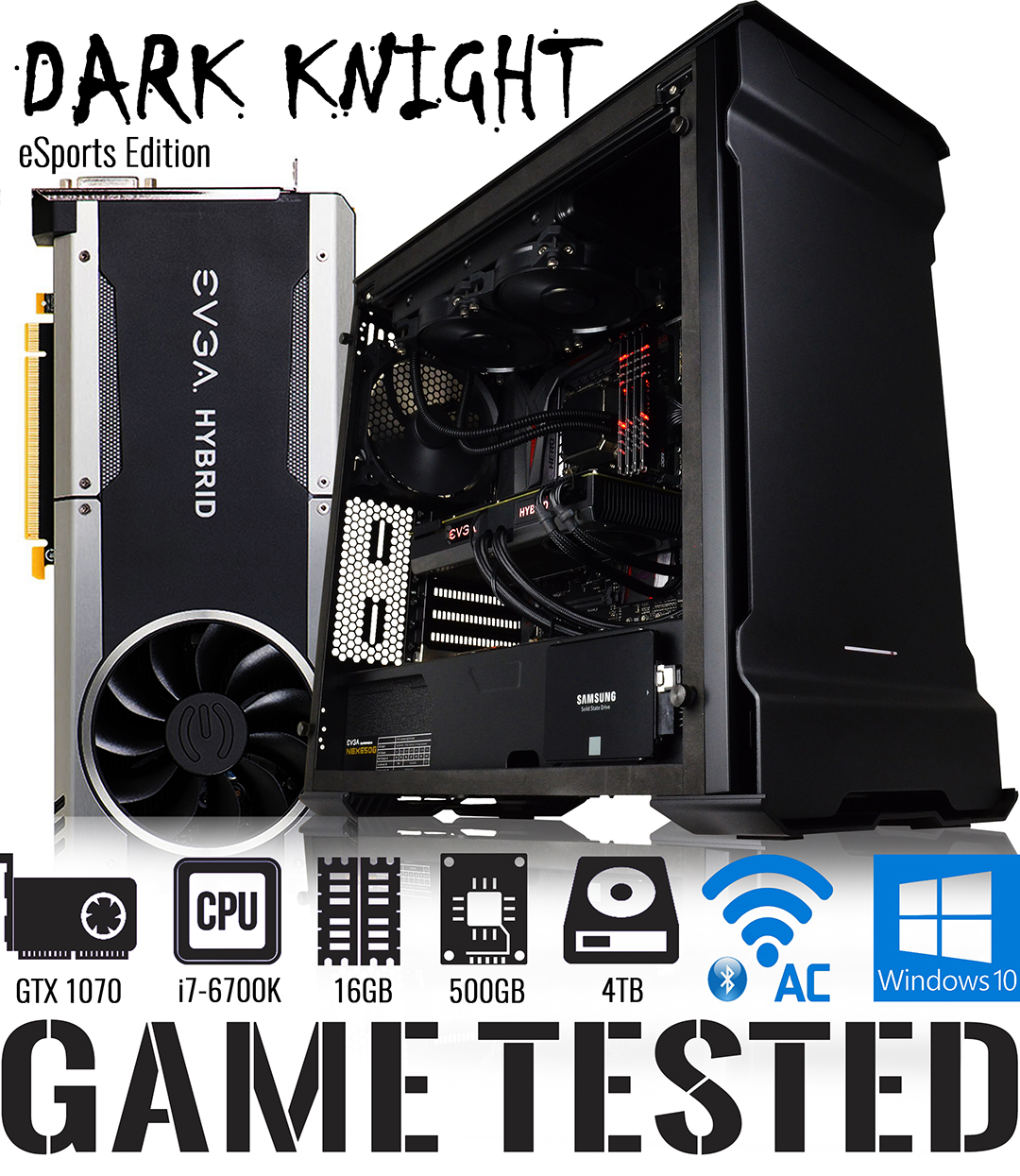 With our most recent Dark Knight eSports edition we changed things up a lot upgrading to a very nice new chassis, an unlocked and water cooled intel i7-6700K + 500GB SSD and massive 4TB HDD for storage but the biggest change came from us fitting an EVGA Hybrid GTX 1070, which also has a very fancy all in one liquid cooler attached 🙂

And this is where things get fun 🙂 The GTX 1080 + i7-6700K is able to hit a whopping 19400 in the Final Fantasy Benchmark run which is pretty excellent, our tests with the GTX 1070 + i7-6700K in Paladin gave us an impressive result of 17800 which was actually a lot closer than we thought it would be… this might actually be possible with an OC. In game it was very difficult to tell the two graphics card apart performance wise (both run most on ultra settings pretty darn well) but the EVGA Hybrid 1070 under full load is much much quieter, something we specifically wanted for this build as it’ll be used for a lot of live game streaming. 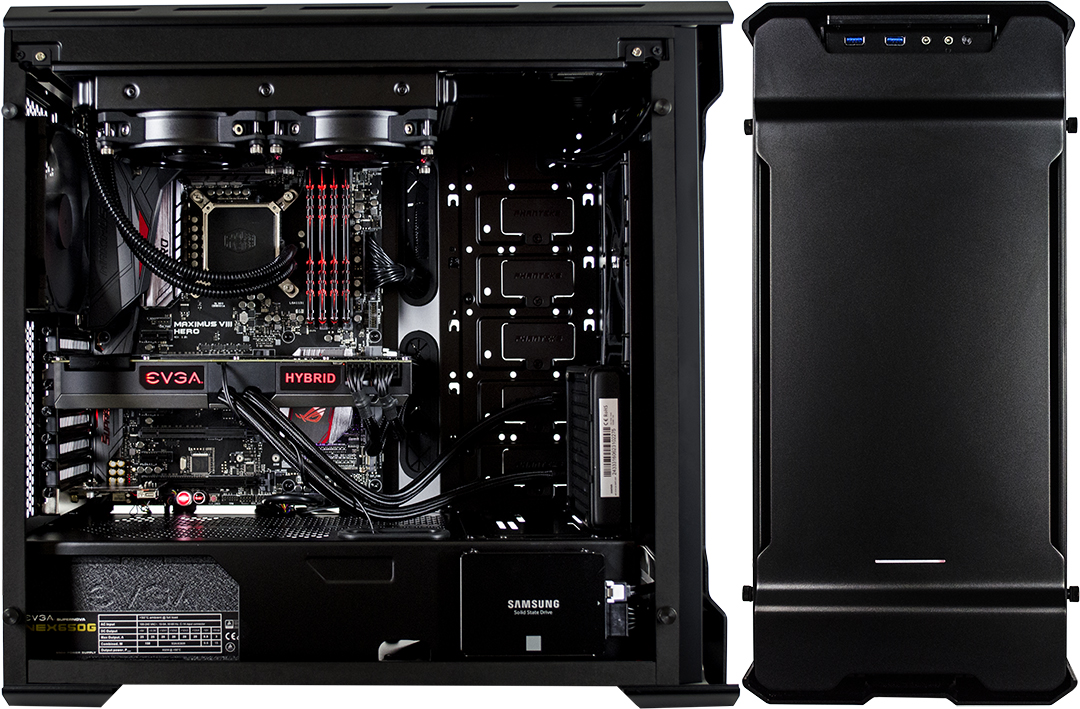 The rules are simple, overclocking of the graphics card is savvy but we’re not going to touch the CPU or RAM at all 😛

We’ll be using our favourite FREE benchmark for this one set to maximum detail at 1920×1080, you can download the Final Fantasy Benchmark software via this blog from Nvidia Benchmarks, it’s free so you can install and test your own systems at home and compare with various configurations we have in our Gaming PC Benchmark Playlist.

For overclocking we’ll be using the Asus GPU tweak II software (also FREE!) as we love how easy it is to use, feel free to use any software you want for this though as it all does pretty much the same thing. It doesn’t matter which flavour of graphics card you are using either – other software choices like Afterburner or Precision will still work just fine 🙂

Starting with a base test at stock settings we exceed our previous base test and score 18000, this is going to be easier than first thought but we’ll still be needing around 9% performance gains to get reach to our dream target of 19400 \o/

We then started tweaking a little, first cranking power limit to max for a run before we tinker with the all important Core Clock and Memory Clock. We then tweaked these up with basic +100 to each, with GPU tweak II you can click and type in target clock speed rather than using the sliders, also don’t forget to click the tick to apply the settings. This gave us slightly better results with a score coming in a 18400, now to close the gap!

With a little tweaking and a few long tests to be sure it’s stable we managed an impressive 19228 with the 1070! (less than 1% off our GTX 1080 score!) You can check out the final scene in our benchmark run video below, with a quick snapshot of our settings shown at the very end to make things easy if you’re wanting to tinker for yourself at home – maybe even push things up a little higher!

If you’re overclocking to see just how far you can get remember that not all graphics cards limits are identical and overclocking results can vary a bit from card to card but that makes it all the more fun when you get a really good one! Go slowly as you increase the clock speeds look out for graphical glitches so you know when the limits of your card are getting close. The first one to keep an eye out for is pop in (or missing) textures, if you see odd colour dimming or pink and green flashes your OC is likely a little too high 😛 If you go wayyy to far you’ll crash either the benchmark software, nvidia display driver or force reboot your PC so play it safe and go slow so you avoid having to reboot.

Lot’s of fun to be had with this kind of thing in any case, keep your eyes on GGPC Computers Blog for the latest gameplay tests, custom builds and more!

Quick one for those doing new builds using #NZXT Z

A little bit of #GREEN to start of a cold, rainy M

Beautiful in black too :) New build using the late

Double firsts for this one :) New build in #Corsai

First build in the #Aerocool One chassis \o/ Great

Mid way through a new #GamingPC build using the #N